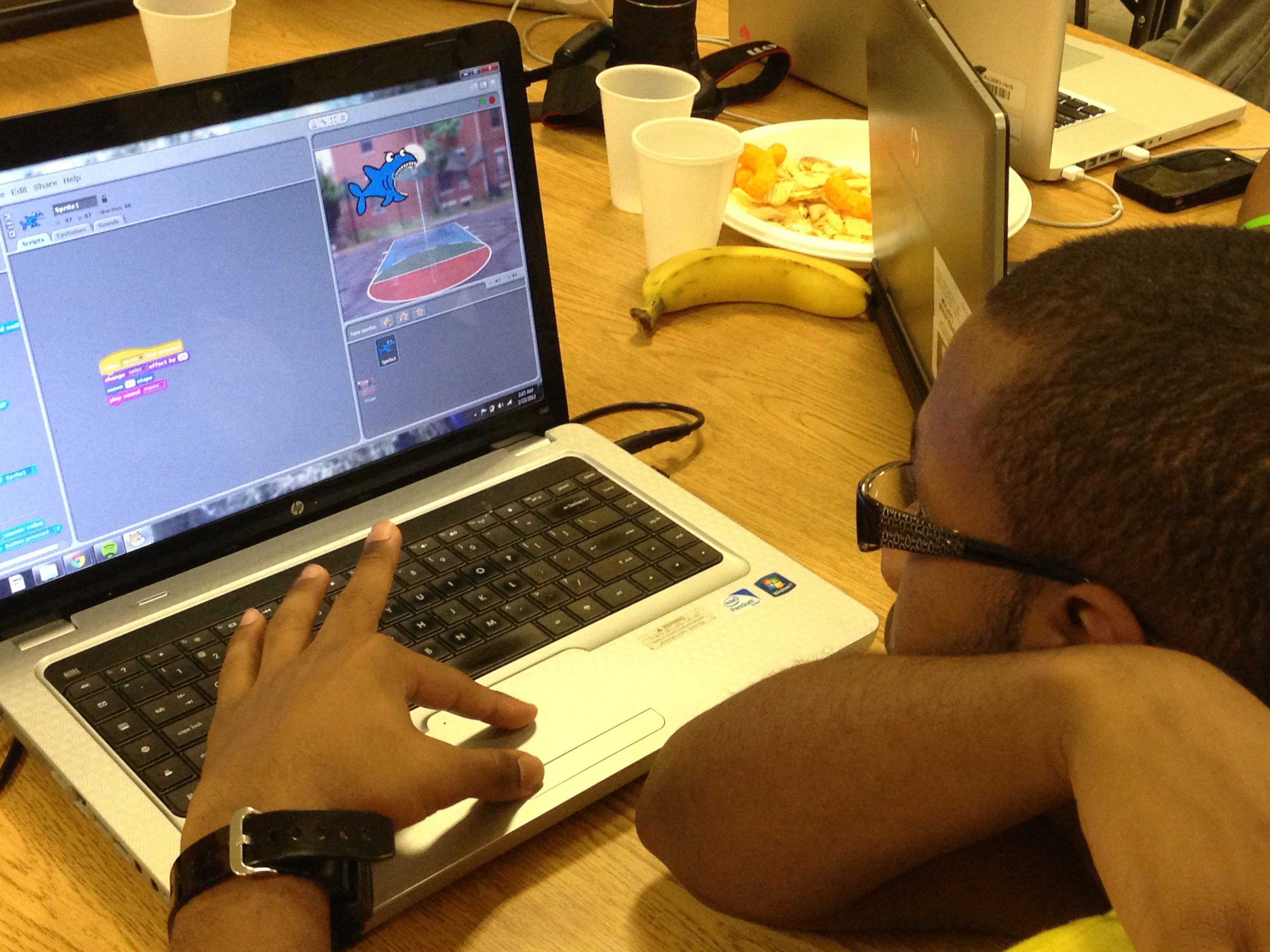 When New York City-based graphic designer Tina Shoulders shared her idea to create an event introducing middle-to-high school aged students to technology at a Mozilla meetup last December, she didn’t know how she would get it done or where to even start. However, in a month’s time, Shoulders was able to secure a venue at Greater Centennial AME Zion church in Mt. Vernon, New York; volunteers from a bevy of tech and media companies such Tumblr and DrJay.com; and equipment from Etsy, Iridescent, and others for up to 30 teens.

Teen Tech Bash, which began in January 2013, is an overnight event staffed with educators, experts and technologists who run activity stations that guide the teens in the areas of app development, game design, webmaking, and multimedia content creation. Although the series of six events is slated to end in June, Shoulders is working on extending the program for the duration of the year. Seeing her drive in bringing the idea to fruition, software community Mozilla signed on to be a sponsor for the series. The tech program is apart of a larger program Shoulders teaches called Exposure Camp.

Last Friday evening to 6am on Saturday, 30 teens–the youngest being 14 and the oldest being 18-years-old–munched on pizza and fruit, engaged in fun icebreaker activities, and played board games. Using the board games as a form of creative inspiration, the participants broke into groups based on area of interest. Students can choose to build a webpage, create an Android app, learn Scratch or Game Maker app, or create a content hub. The Maker station, designed so teens can play with circuit boards and other electronics, will be available in March.

“The teens introduced some fun concepts to the board games and made them their own, changing the rules, the elements and more,â€ said Shoulders in her blog post on Exposure.org. “They then took those ideas and went on to work on digital designs.â€

Most of the kids didn’t come in knowing any HTML, says Shoulders. “They really didn’t know, but they didn’t mind learning.â€

When it was time to give their minds a rest, the teenagers rocked out to PSY’s “Gangnam Styleâ€ and took part in a Harlem Shake competition. The highlight of the evening came when students talked development with Martin Vagstad, one of the designers of popular app Fun Run, via Skype.

While the program is held every fourth Friday, Shoulders plans to implement Maker Mondays, a two-hour window of time where students can ask questions and brush up on the skills learned during the bash.