The Teenage Mutant Ninja Turtles Are Back and April O'Neil is Black!

It’s the return of “turtle power,” and this time the character lineup has taken an interesting turn. With Nickelodeon’s new animated series Rise of the Teenage Mutant Ninja Turtles, the turtles’ human ally, April O’Neil, will now be voiced by actress Kat Graham. 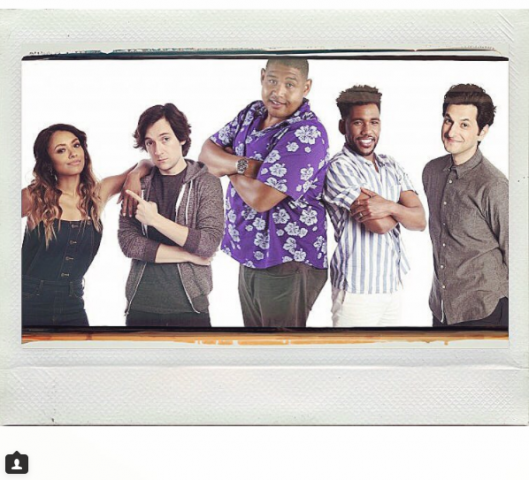 Graham has had an extensive career starring in films such as 17 Again, Honey 2, and most notably, The Vampire Diaries. This year alone, Graham is working on her fourth film, according to IMDb, and was seen in the highly anticipated film All Eyez on Me, the story of the late Tupac Shakur in which Graham portrayed the rapper’s good friend Jada Pinkett.

In the history of the Teenage Mutant Ninja Turtles franchise, this is the first time that they have cast a black April O’Neil, describing her as “a street-savvy native New Yorker who is always ready to join in the fun,” as quoted on GameSpot.

“I’ve watched TMNT since I was a little girl. I’m so proud to be playing the first African American April O’Neil. What an incredible honor for me and milestone for this iconic cartoon,” Graham said in a statement. “I’m excited for all the adventures the Turtles and I will have!”

Other new cast members include Ben Schwartz (DuckTales) who will voice Leonardo; Omar Miller (Ballers), set to voice Raphael; Brandon Mychal Smith (You’re the Worst) will take over red bandana-wearing Michelangelo, who now is positioned as the leader of the turtles’ crazy antics and adventures; and Josh Brener (Silicon Valley) will voice Donatello, the tech aficionado who puts his ninja skills to work in tandem with his coding.

The new installment of the highly anticipated franchise is still pending a release date but it looks like it will happen sometime in 2018.