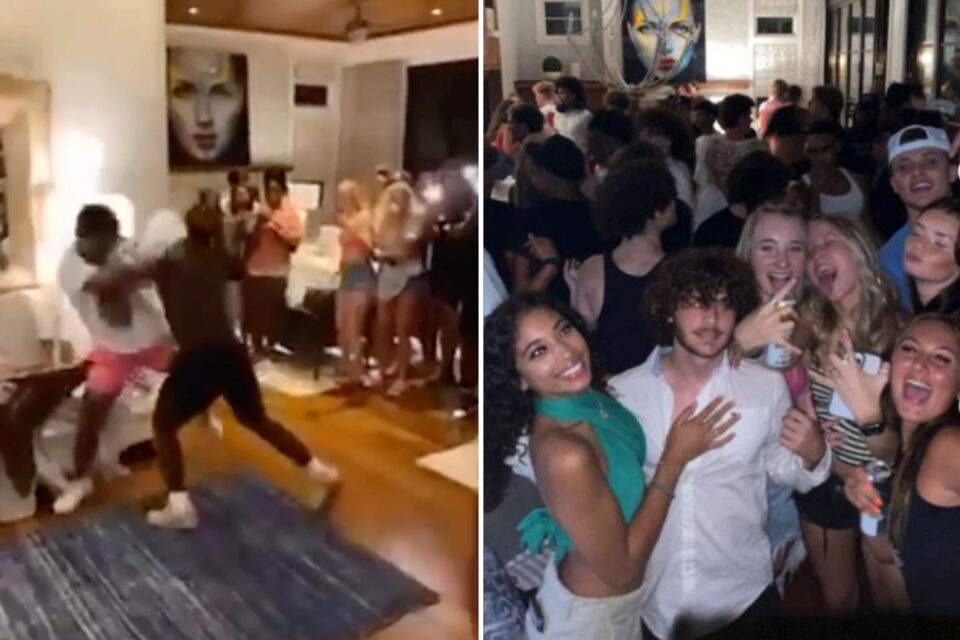 A group of rowdy teenagers is facing criminal charges after breaking into a lavish Florida mansion to host a wild party.

Authorities are on the search for the individuals responsible for breaking into an $8 million mansion and hosting an open house party over the weekend, WPTV reports. Police were called to the unincorporated master-planned community located near Destin early Saturday morning after receiving noise complaints.

Most of the partygoers were gone when the police arrived. But videos posted to social media captured some of the melee that ensued during the bash.

“They went in every inch of my home, every drawer,” the owner of the Santa Rosa mansion told Fox News.

A married couple lives in the home with their 10-year-old son and 5-year-old daughter. But the family was out of town at the time the home was broken into and turned into a fiesta haven.

“They were trying on my clothes, my shoes, my swimsuit. They stole my handbags.”

Among the stolen items includes YSL, Gucci, and Stella McCartney purses worth thousands.

The Walton County Sheriff’s Office reposted some of the videos on Facebook in a post asking for assistance with identifying the culprits.

“Apart from the damage caused and the items stolen, it’s a complete violation of someone’s home that you can’t put a price on,” police said. “The feeling when you know someone went into your closet, tried on your clothes, and used your bathroom doesn’t have a dollar amount attached to it. Especially in a place where you’re supposed to feel safe.”

Videos recorded at the party show hundreds of partygoers scattered about the home, including one video where a boxing match took place in the foyer.

“Before anyone says, this is just “kids being kids”, we want you to ask yourself how you would feel if your home was ransacked and your sense of peace and security was taken from you,” they continued.

Deputies say several items were damaged and stolen from the home while the owners were out of town. They also reminded the culprits that Snapchat is not private and can be subpoenaed in legal cases.

Some of the teens have been identified thanks to their parents, friends, and neighbors. Cops are on the search for whoever they can locate.