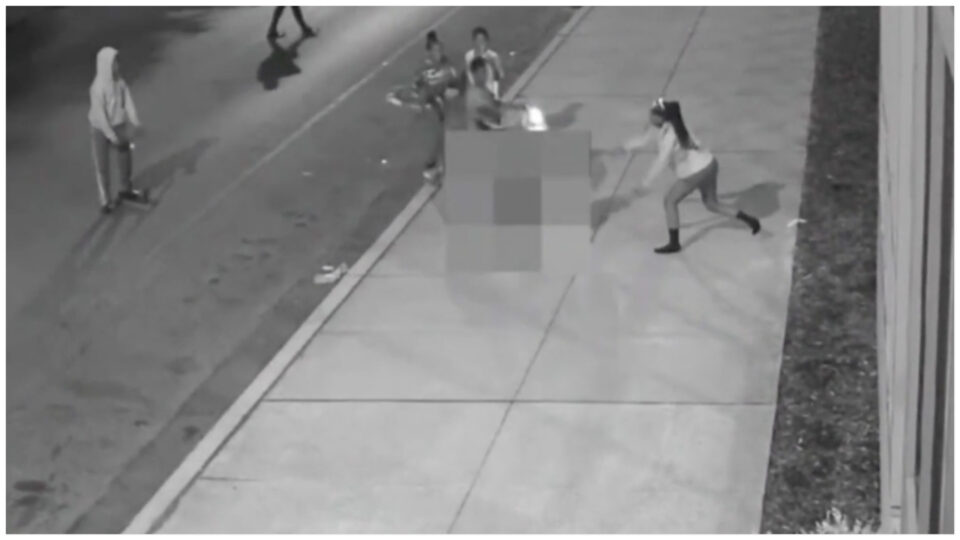 The Philadelphia police are requesting the community’s help in locating a group of teenagers who beat a 73-year-old man with a traffic cone on June 24, according to CBS3.

James Lambert was on his way home when he was surrounded by seven teenagers unprovoked and beaten with a traffic cone on the 2100 block of Cecil B. Moore Avenue around 2:45 a.m. The teenagers were caught on surveillance video in the neighborhood hitting Lambert with the cone and other objects and knocking him to the ground. Lambert tried to get away but was hit again. He later died at the Temple University Hospital.

The police are searching for four boys and three girls roughly between the ages of 13 and 17. One of the boys has a patch of blonde hair on his head of otherwise dark hair. Philadelphia Police Capt. Jason Smith called the beating “horrible” and “horrific.”

“It’s horrible, it’s a horrific occurrence,” Smith said. “Mr. Lambert proceeds to get up and he’s attempting to walk away from the group again, and at that time, you can see a female strike Mr. Lambert in the back with a construction cone.”

The victim has been identified as James Lambert, 73.

Lambert’s family has a message to the teen attackers: Turn yourself in https://t.co/1e2cXYK296 @CBSPhilly pic.twitter.com/4HjEUenPs1

Tania Stephens is Lambert’s niece and she wants justice for her uncle, who she said was like a father to her growing up. She also questioned why the teens were out so late committing crimes.

“I just don’t understand what’s going on in our city,” said Stephens. “Where were the parents? I just don’t understand how children that age, whatever, they look like they couldn’t have been any older than 14. How are you out at 2 o’clock in the morning committing crime? I’m a senior and I’m not out at that hour. The parents, they need to turn their kids in. The kids need help. They need help.”

According to CBS3 reporter Matt Petrillo, the city of Philadelphia is offering a $20,000 reward for any information leading to an arrest and conviction of those involved. The police believe the teens could be invloved in other crimes in the area but would not elaborate further.