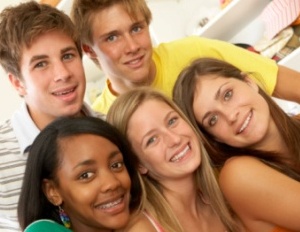 Mark Zuckerberg probably didn’t see this one coming. Facebook holds the top spot as the world’s largest social network and most popular social platform among teens, but the social savvy sect isn’t engaging on the site like they used to.

A recent Pew Research Center survey revealed that American teens prefer other social sites like Twitter and Instagram, complaining there are too many adults and too much drama and pressure on the 9-year-old networking site.

“The key is that there are fewer adults, fewer parents and just simply less complexity and less drama,” said Amanda Lenhart of the Pew Research Center, one of the study’s authors, to the Associated Press. “They still have their Facebook profiles, but they spend less time on them and move to places like Twitter, Instagram and Tumblr.”

The number of teenagers using Twitter has more than doubled in 2012. According to the survey, 94% of teenage social media users have a Facebook profile–flat from the previous year, reports AP. Twenty-four percent of teens on social media said they were on Twitter, an uptick from 16% in 2011.

Of the teens surveyed, 11% of teens reported that they now have an active account with photo-sharing site Instagram (the service didn’t appear on the 2011 Pew survey), and 5% have a Tumblr account, which is up from 2% in 2011.

The findings also show that teens are sharing much more than in previous years, but, at the same time, said they were taking steps to better protect their reputations and safeguard information they don’t want others to know. For example, 60% of teen Facebook users keep their profiles private, and 74% of teen social media users have deleted people from their friends’ list or network. Twitter users, however, are more likely to have a public account.

The Pew findings are based on a nationally representative phone survey of 802 teens ages 12-17. The survey, run by its Internet & American Life Project, was conducted between July 26 and September 30, 2012. Also, Pew conducted two online focus groups with teenagers, ages 12-17, in June of last year.