Ebola Wiki: 10 Facts About the Disease 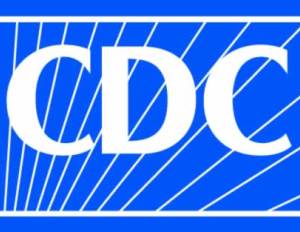 Sadly, this disease has been around for some time but the recent outbreak has placed it squarely in the top news. The recent cases of Ebola breaking out in the United States has made it an even bigger story as the CDC (United States Centers for Disease Control and Prevention) tries to stop the deadly disease in its tracks. We’ve heard about Ebola lately in the news, but here are some things you may not have known about this deadly disease.

1. CDC has announced that the 2014 Ebola Outbreak in West Africa is the largest one in history.

2. Ebola viruses are found in several African countries. Ebola was first discovered in 1976 near the Ebola River in what is now the Democratic Republic of the Congo.

3. Symptoms of Ebola include: Fever (greater than 38.6Â°C or 101.5Â°F), Severe headache, Muscle pain, Weakness, Diarrhea, Vomiting, Abdominal (stomach) pain, Unexplained hemorrhage (bleeding or bruising). On average, the symptoms average between 8 to 10 days but may appear anywhere from 2 to 21 days after exposure to Ebola.

4. There is no FDA-approved vaccine or medicine (e.g., antiviral drug) available for Ebola.

5. There has been 7 reported outbreaks of Ebola since 2000. Six in Africa and one in the Philippines.

6. There has been 3 confirmed Ebola cases in the United States, resulting in one death.

7. Once someone recovers from Ebola, they can no longer spread the virus. But, it stays in the semen for up to 3 months.

8. People who recover from Ebola infection develop antibodies that last for at least 10 years.

9. You can’t get Ebola through air, water or food.

10. There has been a reported 4493 deaths from the 2104 Ebola Outbreak in West Africa reported worldwide.