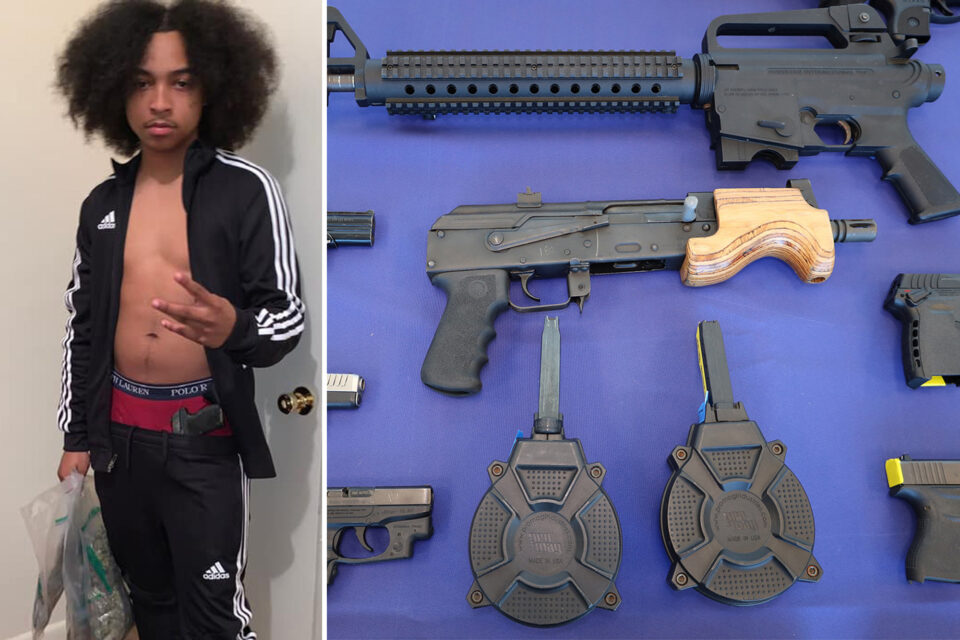 A Tennessee college student faces more than 300 gun charges after prosecutors say he sold dozens of guns to an undercover NYPD officer.

“The defendant allegedly brought these semi-automatic weapons and high-capacity magazines up from the south, sometimes transporting them in a duffle bag by bus. Dozens of the firearms were loaded and four are considered assault weapons,” District Attorney Darcel Clark said in a statement.

The arrest comes at a time when the city is dealing with a crisis when it comes to guns.

Just last week, two New York City Police officers, Wilbert Mora and Jason Rivera, were shot while responding to a 911 call in Harlem. Mora underwent surgery after the shooter critically wounded him, and his death was announced Tuesday. His partner, Rivera, died Friday during the confrontation.

Lashawn McNeil, 47, who fatally shot the two officers, was shot by a third cop at the scene and died Monday.

The incident led new Mayor Eric Adams, a former NYPD officer, to unveil and release his new plan to combat guns and the violence they cause. Adams’ plan includes the revival of a plainclothes police unit that was disbanded during the Black Lives Matter movement and is calling on state lawmakers to reverse a number of changes made to the city’s bail system.

Adams proposed changes received praise from some including Police Benevolent Association President Pat Lynch. However, Adams plan also received criticism from progressive politicians including City Councilwoman Tiffany Caban, who noted after the plainclothes unit was disbanded murders and shooting went down in 2021 compared to 2020. Caban also noted that despite making up just 5% of the NYPD, the unit was responsible for 31% of police murders between 2000 and 2020.