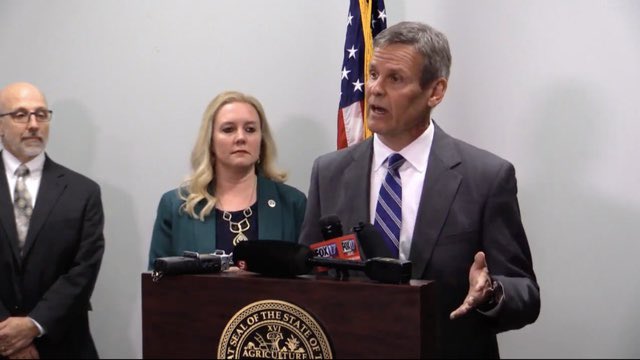 Tennessee Gov. Bill Lee quietly signed a bill last week that could result in some protesters losing their right to rock the vote.

The bill, which Gov. Lee signed into law Thursday, increases the penalties for people who illegally camp on state property to a Class E felony, punishable by up to six years in prison. Residents registered to vote in the state lose their right to vote if convicted of a felony.

The law will also implement a mandatory 45-day sentence for aggravated rioting, boosts the fine for blocking highway access to emergency vehicles and enhances the punishment for aggravated assault against a first responder to a Class C felony.

“This bill increases the punishment for illegal camping on state property from a Class A misdemeanor to a Class E felony with a mandatory minimum sentence of 30 days imprisonment and an order of restitution for any property damage or loss incurred as a result of the offense,” the bill, HB 8005 reads.

The American Civil Liberties Union of Tennessee, told the Associated Press, it would be observing enforcement of the law.

“We are very disappointed in Governor Lee’s decision to sign this bill, which chills free speech, undermines criminal justice reform and fails to address the very issues of racial justice and police violence raised by the protesters who are being targeted,” ACLU of Tennessee Executive Director Hedy Weinberg said in a statement. “While the governor often speaks about sentencing reform, this bill contradicts those words and wastes valuable taxpayer funds to severely criminalize dissent.”

The bill passed the General Assembly after more than two months of sustained protests outside the state Capitol, where demonstrators have been protesting for racial justice reforms and a defund the police movement in the aftermath of George Floyd‘s killing by Minneapolis police in May.

Lee, who was elected last year, and Tennessee Republicans have defended the legislation, saying protesters set fires inside and outside a courthouse in May, causing thousands of dollars worth of damage. Lee however, did acknowledge there were portions of the bill he “would have done differently.”