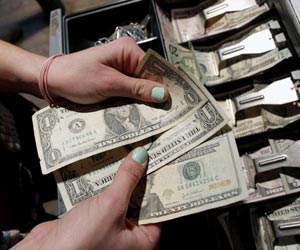 Sales tax rates differ by states, but sales tax bases also impact how much revenue is collected from a tax and how the tax effects the economy, according to the report. Differences in sales tax rates cause consumers to shop across borders or buy products online.

“Sales taxes are some of the most easily understood taxes because every time a consumer makes a purchase, they can see the rate on the receipt,â€ says Tax Foundation economistÂ Scott Drenkard.

The study addresses the fact that 38 states allow local governments to levy sales taxes within their jurisdiction. These local rates, when combined with the statewide rates, can result in substantially larger tax bites.

“Of course, sales taxes are just one part of an overall tax structure and should be considered in context,â€ adds Drenkard. “For example, Washington State has high sales taxes but no income tax; Oregon has no sales tax but high income taxes. While many factors influence business location and investment decisions, sales taxes are something within policymakers’ control that can have immediate impacts.â€

Take a look at the 10 highest state sales taxes on the following page: