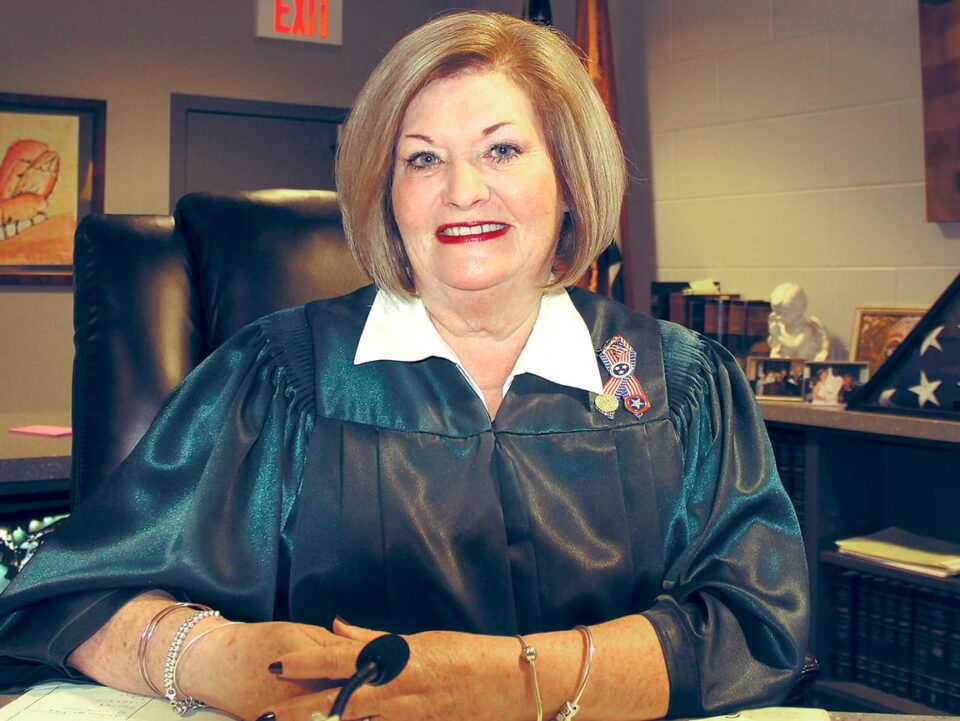 Davenport, the sole Rutherford County Juvenile judge, is facing renewed scrutiny over a “filter system” which allowed jail staff to determine when a child is released. (Image: Twitter/@chris_notcapn)

According to WREG and ProPublica, Judge Davenport, a Rutherford County juvenile judge, instituted a policy in 2016 that all children charged with crimes be processed at the local detention center. The policy gained attention when, later that year, 11 Black schoolchildren were detained after witnessing a fight between a 5 and a 6-year-old.

The children were detained for “criminal responsibility for conduct of another,” a bogus, made-up law.

Now, state politicians are speaking on the situation, expressing anger at what they see as yet another school-to-prison pipeline affecting Black children and demanding answers.

“There has to be something done to everyone who was involved in this,” Rep. Gloria Johnson (D) told WREG. “It’s my understanding that they created a law that wasn’t even on the books in order to make that happen.”

Under Davenport’s filter system, police would bring children they arrested straight to jail, where staff decided whether or not to detain them until their detention hearing, which could take days. That means children who did something as minor as skipping school could spend a week in jail.

Davenport’s filter system also allowed the detention center to jail children it considered unruly, defined as “a TRUE threat.” However, there is no definition of what a TRUE threat means.

That same year, state lawmakers called for a federal investigation into Rutherford County and the arrest of the 11 children. Rep. John Ray Clemmons (D), one of the lawmakers who called for the investigation, released a statement this week, calling the situation unchecked barbarism.

“As I stated in 2016, there is no rational justification for any of this in our society. Both the state and county have obviously failed children and families, predominantly Black individuals, in this and countless other ways,” Clemmons wrote according to WKRN. “This has notably been true throughout American history in our legal and penal system, and it’s way past time to reevaluate the structural framework which allows such instances of inequity and injustice. Those of us in whom the public has placed its trust have a duty to correct the multi-layered legal and administrative issues facilitating this type of unchecked barbarism.”

Rutherford County threw money at the situation to sweep it under the rug and top state lawmakers are staying tight-lipped as well.

In 2017, the county agreed to a settlement, paying $397,500 to the 11 children, and the officer who signed off on the charges was suspended for three days. Meanwhile, Gov. Bill Lee, Speaker of the House Cameron Sexton, and Lt. Governor Randy McNally, all Republicans, have not commented on the situation and if the legislature should take the issue up in its next session.