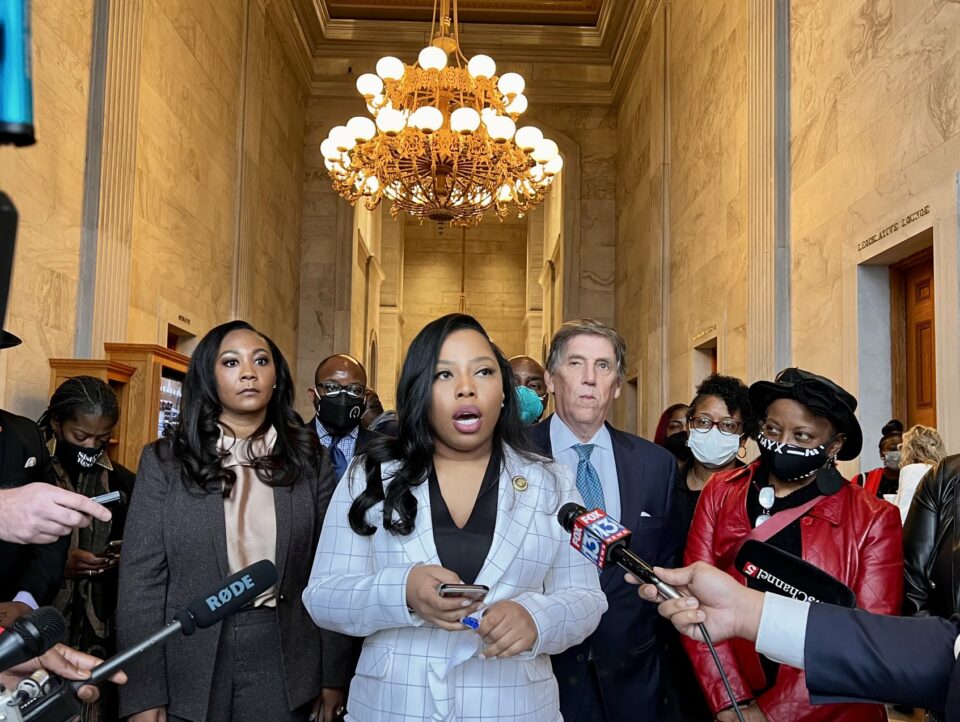 The Tennessee State Senate voted on Wednesday to remove Senator Katrina Robinson from office because of her conviction on federal wire fraud charges. (Image: Twitter)

Robinson, 41, was convicted of wire fraud charges involving federal grant money earlier this month, was removed from the legislature in a 27-to-5 vote along party lines. Robinson’s removal marks the first time the chamber has removed a senator since the Civil War.

“While the expulsion of a senator for the first time in history was not something any of us wished to see, it was a necessary action,” Randy McNally, the Senate speaker, and a Republican, said in a statement after the vote according to the New York Times.

Robinson was initially accused of stealing more than $600,000 in federal grant money in 2020 and using the funds to pay for personal expenses and campaign events, including her wedding, honeymoon, and divorce according to federal prosecutors.

According to the complaint, Healthcare Institute was awarded over $2.2 million in federal grants, from 2015 to 2019 to train nurses and provide scholarships. A judge acquitted Robinson of 15 charges against her. A jury found Robinson guilty of four counts of wire fraud totaling $3,400. However, Robinson was acquitted of two of those charges. Robinson has denied any and all wrongdoing and called the effort to remove her racist and a “procedural lynching” Wednesday.

“I was raised in a very no-nonsense manner. I’ve gone two years and never let the public see me cry,” Robinson said, according to the Commercial Appeal.

“I continued to push through this ordeal to get here every week for the session, for the committee, to get back to my community even when I couldn’t raise money because people thought I was a thief.”

Robinson did have the support of Democrats in the state senate. Before the vote, Democratic Senator Sara Kyle urged her colleagues to vote against Robinson’s expulsion and “let the legal process play out.”

Although she maintains her innocence, Robinson isn’t the first Tennessee lawmaker to face federal charges. Former Rep. Joe Haynes, Rep. Bruce Hurley, and Rep. Joe Armstong have all been convicted of crimes since 2016