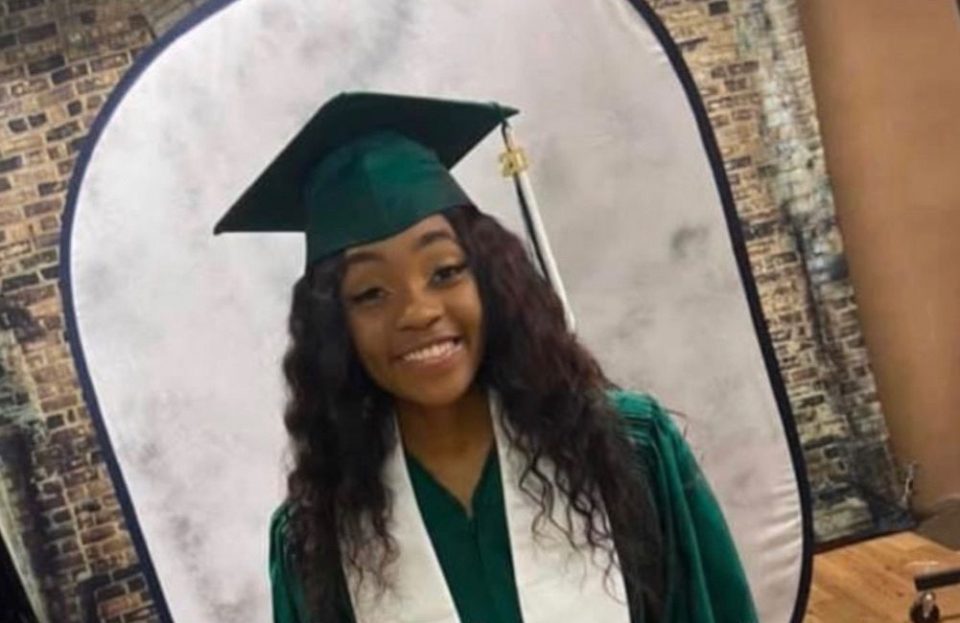 A Tennessee teenager, who was days away from graduating from high school, was fatally shot during a late-night excursion to McDonald’s, according to The Grio.

Early last Saturday morning, 18-year-old Mya Taylor, a student at Hillcrest High School in Memphis, and two of her friends were seated in a car in a McDonald’s drive-thru line just after 2:30 a.m.. While ordering food, Taylor and her male friend switched seats. A silver and gray sedan pulled up and fired into their vehicle, striking her and the male passenger.

“Her best friend said they didn’t even know they were shooting at the car; they just heard gunshots and ducked down,” Taylor’s sister, Brianne Sweat, told Memphis’ WREG. “My mom received a phone call from my sister’s phone,” Sweat told Fox13 Memphis. ” Her best friend was screaming. She could hardly understand them. The only thing she could understand was that Mya had gotten shot.”

It’s unlikely that Taylor was the intended target. The male passenger was taken to a local hospital and released.

Hillcrest High Schoo posted a Facebook message confirming Taylor was a student and offering their love and condolences to her family.

“The Hillcrest High School family would like to extend our love and condolences to the family of Mya Taylor. Early this morning, we received word of Mya’s untimely passing and still struggling to come to grips with this sad news. Our staff and students will truly miss Mya’s smiling face and pray that her family finds peace in knowing she was loved by many, including her Viking Family.💚🖤💚

“To Mya, rest well Young Queen. You are loved and will be missed!! 👑”

The Memphis Police Department released a statement via its Facebook page.

“On Saturday, May 2, 2020, Memphis Police Officers responded to a shooting call at 1666 Winchester, McDonald’s. Officers located two victims who had been shot while inside a vehicle waiting at the drive-thru. Victim #1’s injuries were fatal. Victim #2 received non-critical injuries.

“The male in the attached photos was seen getting into the suspect vehicle prior to the shooting taking place.”

Sweat has set up a GoFundMe page to help pay for the memorial service.