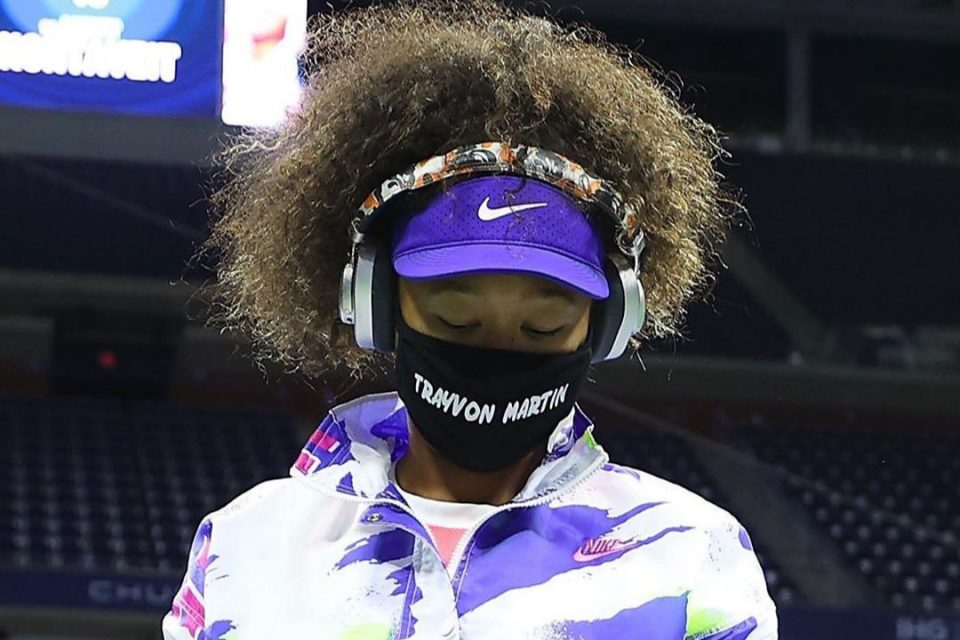 Many athletes are voicing support for the protests against racial injustice and against the police killings of unarmed Black men and women.

Professional tennis player Naomi Osaka has continued the trend. Osaka donned a mask bearing the name of Trayvon Martin ahead of her U.S. Open match against Anett Kontaveit over the weekend.

Actually I have a lot to say about this. I remember Trayvon’s death clearly. I remember being a kid and just feeling scared, irreverent info but I actually didn’t wear hoodies for years cause I wanted to decrease the odds of “looking suspicious”. I know his death wasn’t the first, but for me it was the one that opened my eyes to what was going on. I remember watching the events unfold on tv and wondering what was taking so long, why was justice not being served. To see the same things happening over and over still is sad. Things have to change.

The 22-year-old tennis pro, who beat Kontaveit, has worn a different mask bearing the name of a victim of police violence–Breonna Taylor, Elijah McClain, Ahmaud Arbery, and Martin–to every match at this year’s Open.

Osaka, the highest-paid female athlete ever, recently made headlines when she dropped out of the semifinals for the Western & Southern Open in the wake of the shooting of Jacob Blake by law enforcement officials in Wisconsin.

“Before I am an athlete, I am a Black woman. And as a Black woman I feel as though there are much more important matters at hand that need immediate attention, rather than watching me play tennis,” Osaka said.

“I don’t expect anything drastic to happen with me not playing, but if I can get a conversation started in a majority White sport I consider that a step in the right direction,” she continued, while also calling out what she called the “continued genocide of Black people at the hand of the police.”

“This did not have to happen, none of these deaths had to happen … I just want everyone to know the names more.”@naomiosaka continues to use her platform to spread awareness ✊🏿 pic.twitter.com/usyED4fi9m