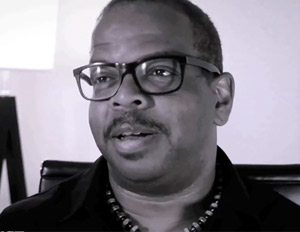 The score was an essential part of bringing Tennessee Williams‘ 1947 play,Â A Streetcar Named Desire, back to the stage. With the city of New Orleans as a backdrop and its rich musical history as inspiration, the play needed the right individual to pull it all together. Noted jazz composer Terence Blanchard, who has five Grammys on his resume, was a solid choice. Having recently scored Chris Rock‘s Broadway productionÂ The Motherf**ker With the Hat and the George Lucas’ Red Tails, he was more than qualified to shape the backdrop for the classic production. BlackEnterprise.com got the opportunity to sit down with Blanchard, who explained how he conceptualized Streetcar‘s music and what influence New Orleans’ bands had on his selections. Watch below as he goes through his creative process.

Interested in seeing A Streetcar Named Desire live on Broadway? Log on to BroadwayOffers.com or call 212 947-8844 and use the “ASFLY79” discount code to get 35% off the regular ticket price. Offer valid on select performances and seat locations. Restrictions may apply.