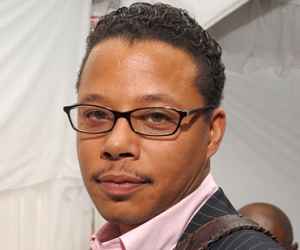 After causing a mild media storm in his description of working with Oprah Winfrey, it seems as if Terrence Howard is backtracking on the statement he blurted out recently.

For those who may have missed it, this is what Howard said about a scene they once filmed together, “Oprah and I had such chemistry. To be able to make out with Oprah and to have love scenes with her and those tig ol’ bitties … She’s such a lovely, voluptuous woman … That was wonderful.”

Now, according to TMZ, his tone was a bit calmer this time around as he told them,Â  ‘Oprah is a “beautiful woman” and he was luckyÂ  “to touch the Queen.”