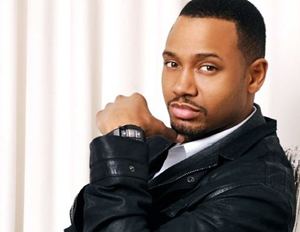 Millions of youth fell in love with him as co-host of BET’s hit video show 106 & Park, then as the “mama’s boy” in the recent blockbuster Think Like a Man. And one can’t forgetÂ  his feature appearances in other films and TV shows including Burlesque, The Game, and hit film franchise Stomp the Yard.

Terrence J (nÃ© Terrence Jenkins) took a once-in-a-lifetime opportunity to host BET’s highest-rated music show (of all time) and turned it into film roles and international opportunities. His latest included an unforgettable experience working with powerhouse actors and musicians including Jordin Sparks, Tika Sumpter, Mike Epps, Cee Lo Green, and Whitney Houston on the set of Sparkle, a remake of the 1976 cult classic. BlackEnterprise.com caught up with the in-demand young boss to talk Hollywood wins, Whitney Houston memories and his vision for success.

BlackEnterprise.com: You’ve been featured in several films, and you’re gearing up for the Aug. 17 release of Sparkle. How did you go about making the transition from TV host to actor?

Terrence J: What I always tell people is you have to have your vision. From day one, acting has always been a vision and a dream of mine. Then, it’s all about executing. I followed the careers of people like Will Smith, Jamie Foxx and Martin Lawrence. At the time when they came out, they had sitcoms that launched them into the film world. Well, for me, when I came out of college, there weren’t many sitcoms.

[BET’s] 106 & Park was a great avenue for me to build a TV fan base, my social media fan base and for me to go to acting classes and take the time to invest in my craft. From there, it’s a matter of auditioning and putting yourself in front of directors and producers who will give you the opportunities. Â Once you get on set, it’s all about showing and proving. With the acting space, it’s just like being in business for yourself. You have to have a business plan and you have to execute it.

A lot of Hollywood success includes an aspect of building relationships, getting exposure and building a network. Talk about the importance of that and how you were able to do it.

Building relationships takes time. It takes being consistent, being persistent, and it takes really opening yourself up. When I’d meet a director or a producer , I get their information. Make sure that over holidays, you put yourself in contact with them. When you see that their company or they have a film that did well, you stay in touch and acknowledge their successes. Once you build those relationships yourself, it just opens up a lot of doors. It kinda cuts out the middle man in a lot of circumstances and you’re able to get to the people who really make the decisions.