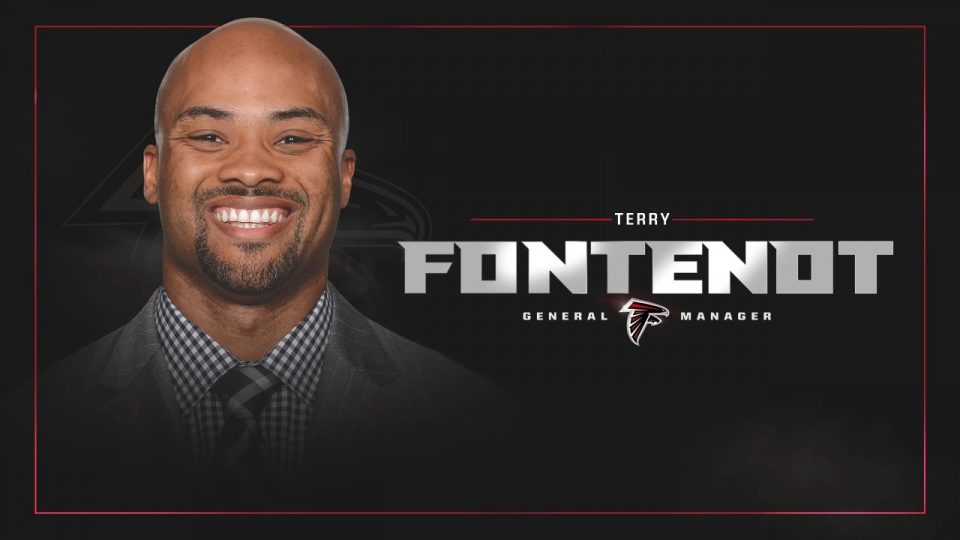 The New Orleans Saints‘ loss is the Atlanta Falcons’ gain!

“Over the last 18 years I have been honored and blessed with the opportunity to learn and grow within a great organization,” Fontenot said in a written statement. “I don’t have the words to express my thanks and gratitude to the late Mr. [Tom] Benson, Mrs. Benson, Mickey Loomis, Dennis Lauscha, Coach [Sean] Payton, and the entire Saints family. Without their mentorship and guidance, I would not be in the position I am today, and we are thankful for everything they have provided our family for nearly two decades.

“Because of their leadership and the opportunities they provided me, I have been selective on what direction my career would take, with a focus on organizations that aligned with my principals and goals. With the Atlanta Falcons, I have found the perfect opportunity for my family’s next steps. I feel honored and thankful that Arthur Blank and [team president/CEO] Rich McKay have given me this privilege and I look forward to working alongside the two of them, Arthur Smith, and our entire organization as we strive together to reach our competitive goals and give our fans the performances they deserve. My family and I are thrilled to make our new home in Atlanta and look forward to meeting our fellow Falcon fans.”

“When we started this process we were focused on finding someone that not only has a track record of identifying key building blocks that result in successful teams, but also someone who focuses on cohesive relationships within the building. We feel very strongly that we’ve found that individual in Terry Fontenot,” said Blank, Falcons owner and chairman.

“In his past positions, he has shown the ability to make strong decisions and judgments that result in championship-caliber teams, while also understanding a variety of viewpoints and respecting a collaborative process throughout. Landing a leader of Terry’s stature, I believe our organization, players, fans, and community will have confidence in our approach throughout this process as I am certain Terry will represent them and the expectations they have to a high level.

“I’d like to thank Rich McKay and so many across our organization that played a vital role in the comprehensive and well-coordinated process that resulted in Terry joining our family.”