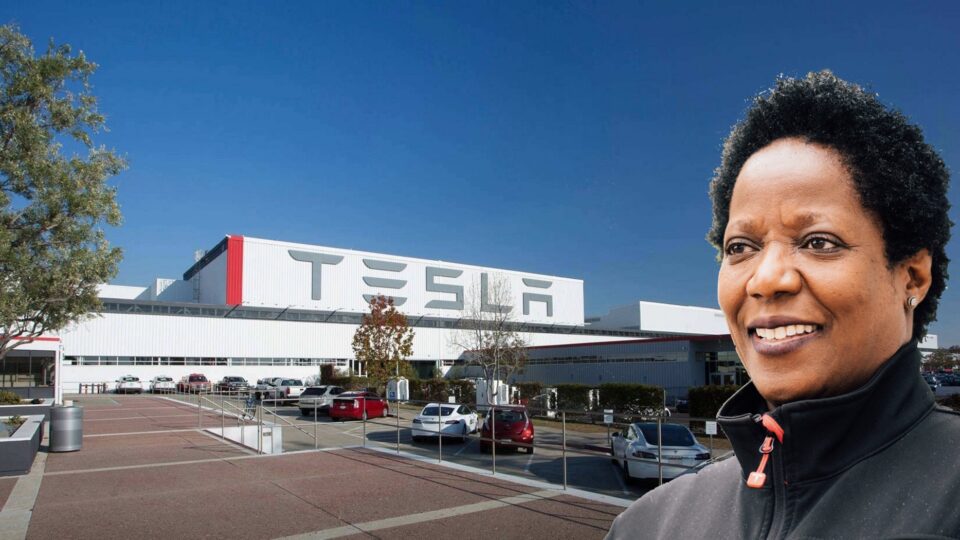 Tesla’ Inc.’s head of human resources and one of its highest-ranking Black employees, Valerie Capers Workman, is leaving her post.

Workman will join the career network firm Handshake as its chief legal officer. Her LinkedIn profile shows her job with Tesla will conclude at the end of this month.

According to the L.A. Times, Workman’s time with the electric vehicle company has been a leading voice on the tech giant’s COVID-19 response and a sign the company is trying to move past the race issues at some of its vehicle plants.

“I am proud of all that I was able to accomplish at Tesla with the support of truly excellent colleagues, especially the People and Legal teams,” Workman said, adding she needed to “pass off the baton in a better place than when I received it.”

Workman, who joined the electric vehicle company in 2018, was promoted to the head of Human Resources during the height of the Black Lives Matter movement in 2020, reporting directly to Elon Musk. Workman was responsible for Tesla’s first Diversity, Equity, and Inclusion report and gave employees Juneteenth off.

However, Tesla had two high-profile settlements after being sued for racial discrimination and its treatment of Black employees.

Last August, Tesla paid more than $1 million to Melvin Berry after failing to stop his supervisors from calling him the N-word. Berry claimed when he confronted a supervisor about his frequent use of the N-word, he was forced to work longer hours with heavier equipment.

In October, a federal jury ordered Tesla to pay Owen Diaz, a former Black employee who accused the automaker of ignoring racial abuse he faced while working there, $137 million.

According to Diaz, while he worked at a California Tesla plant, a supervisor and other colleagues repeatedly called him racial slurs. Diaz added the Tesla plant he worked at was a culture where employees drew swastikas and racist terms in bathroom stalls and left derogatory drawings of Black children around the California plant.

According to its DEI report, 10% of Tesla’s workforce is African American, but less than 5% of its Black workforce are managers or above. Workman has said the lawsuits and the issues they uncovered aren’t representative of the company today.