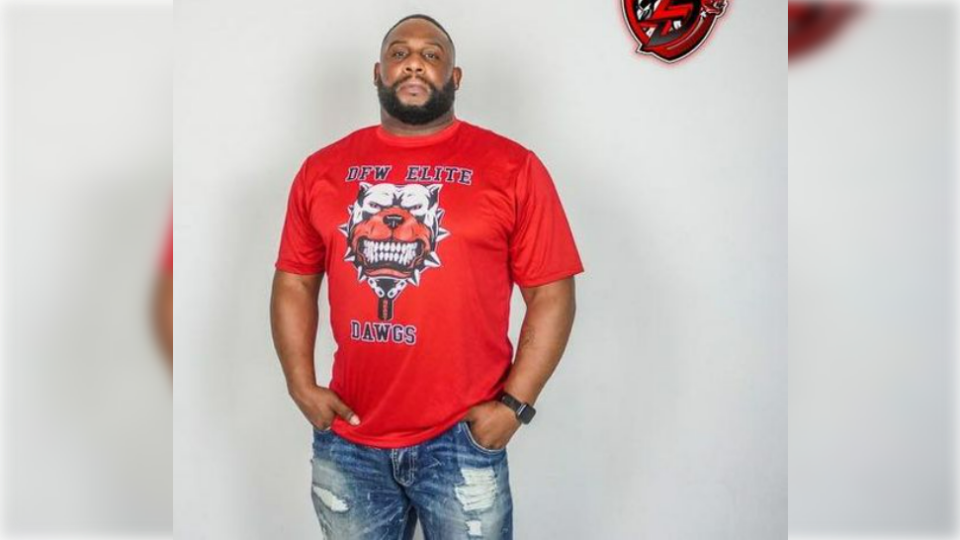 A group of young football players in Texas are mourning the death of their beloved coach, who they saw fatally shot during a game on Saturday night.

Mike Hickmon, 43, of Lancaster was killed following a disagreement between the coaching staff and the officiating crew, CBS News reported.

Yaqub Salik Talib, the brother of former NFL player Aquib Talib, is accused of pulling out a gun following the dispute and firing off shots in front of the young football team. According to numerous reports, Yaqub Salik Talib, 39, turned himself into authorities on Monday

“It was too extreme, I wasn’t expecting that,” friend and fellow coach Heith Mayes said. “I was so close I thought I was shot.”

Now parents say the kids have been left scarred from the traumatic experience.

“Half of them couldn’t sleep,” Mayes said. “They’ve been crying, worried, don’t want to play football. I mean what can you expect [they’re] nine, [they’re] babies?

Police responded to multiple calls for service at Lancaster Community Park at approximately 8:50 p.m, NBC DFW reported. Hickmon was transported to a local hospital for treatment where he was later pronounced dead.

Friends of Hickmon said he coached football for years and was looked at as a pillar in the community.

“He was very loved in the community,” Hickmon’s friend Glenn Richie said. “Everybody loved him and his son. Everybody looked up to him as a good father… We learned a lot of things from him.”

“Tonight we lost a great father, son, husband and coach. He was coaching his son and team today at a sporting event somewhere in Dallas when his life was taken by a coward,” the post said. “We pray for the Family and our community at this crazy time in youth sports.”

“Aqib was present when this unfortunate incident occurred and is very distraught and devastated over this terrible loss of life,” the statement said.

“He would like to convey his condolences to the family of the victim and to everyone who witnessed this unfortunate tragedy.”