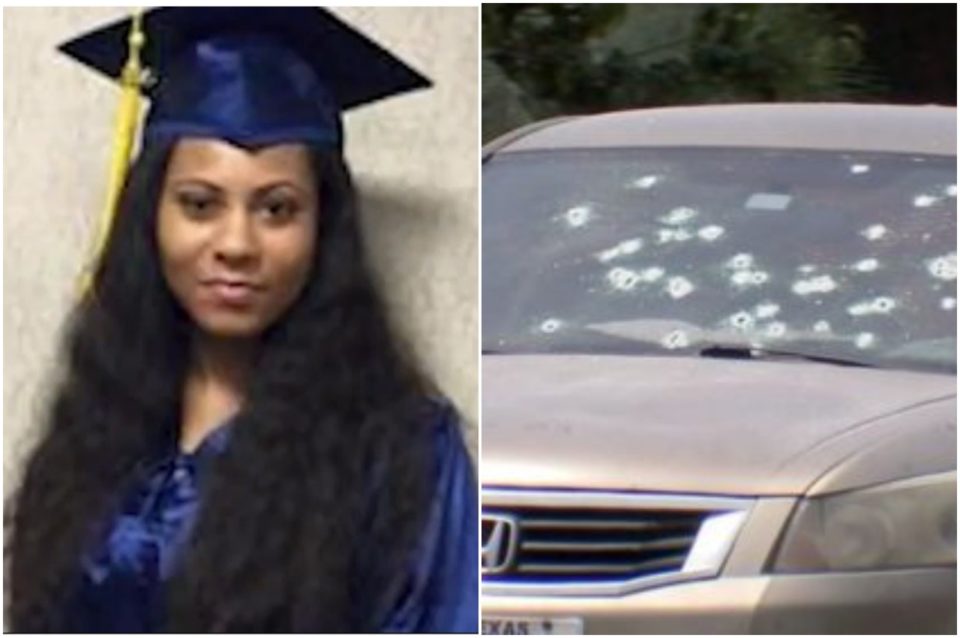 An unfortunate incident that took place in Texas has taken the life of a young mother.

According to ABC 13 Eyewitness News, police officials in Texas have stated that a gunman fired about 50 shots at the young victim who was arriving home from work, killing her in the onslaught. The young woman, 31-year-old Valeesha Duncan, reportedly repeated the same routine of pulling into her driveway on Tuesday morning after leaving her job.

It was then that she was ambushed with 50 gunshots directed toward her. She died almost immediately, according to authorities.

@HCSOTexas units responded to the 18000 blk of Appletree Hill Ln. Preliminary info: an adult female has been shot multiple times and pronounced deceased. It appears she pulled up in her garage when unknown suspect(s) opened fire. Investigators are enroute. #HouNews pic.twitter.com/BBtjzXT2vk

Update to Homicide on Appletree Hill Ln: A female, described as a black female 31 yrs, pulled into the garage, exited her vehicle when an unknown suspect fired approximately 50 shots at her. The female was pronounced deceased on scene. Suspect fled in dark-colored sedan. If you https://t.co/awExbb78LN

Harris County sheriff’s deputies went to the home in the 18700 block of Appletree Hill Lane around 5:25 a.m. So far, there are no suspects or theories on why this happened.

One of her neighbors, block captain Rhonda Thornton, commented about the mostly safe neighborhood.

“I feel safe living here. I never worry about closing my eyes. We mostly have just a few things going on, maybe unlocked cars getting broken into, something getting stolen out of a garage, but other than that, nothing like this.”

Deputies have stated that they do not suspect this to be a case of domestic violence. They have also acknowledged that they are unsure if Duncan was the intended target or someone else who lives at the house. They are asking for more surveillance video to help with the search, but a primary investigation showed a dark-colored sedan leaving the scene. Investigators believe there was only one shooter involved.