Something a Momma Would Do: Texas Reporter Goes Viral For Her Realness In Reporting the Weather 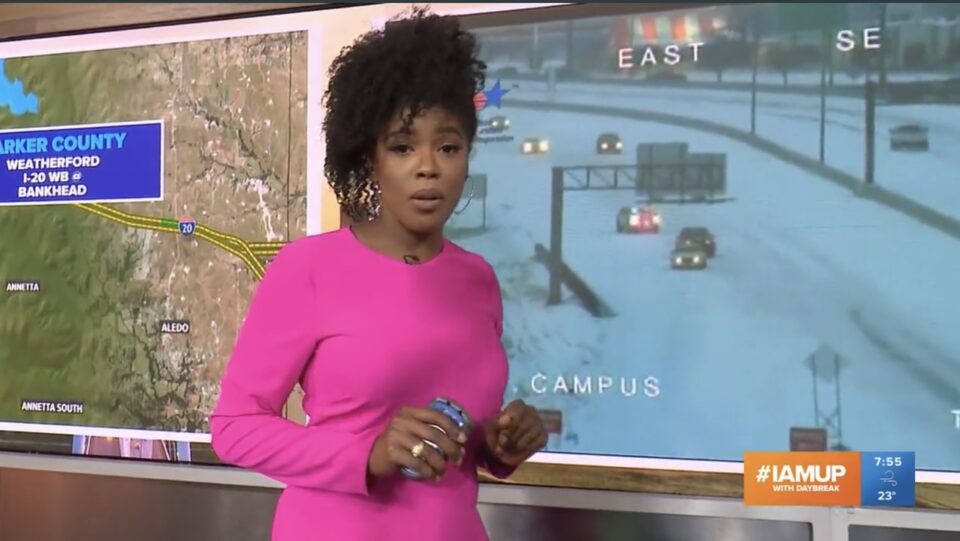 With snowstorms brewing up and down the East Coast and even a corner here and there in the South, one Texas reporter got real with her viewers to caution them to navigate the icy conditions carefully.

Tashara Parker, a news reporter for WFAA in Texas, pulled her “inner momma” out with her approach to having a stern on-camera talking to with her viewers—which many compared to how down-to-earth many mommas get when they have to convey the seriousness of a situation.

When you try to tell people like it is.

“If you have bad tires, don’t get out there.” 🥴 pic.twitter.com/boKBK9sL3b

“Look, let me tell you something,” Parker told viewers during her weather report, according to her tweet. “If you don’t have good tires this morning, you do not wanna be out there this morning. I don’t want you out there, period. But if your tires aren’t good, you are going to run into some not-so-good situations.”

🤣😆😂😅Look, lemme tell you something is such a move we all say bcus its what WE do when giving serious personal❤felt advice‼💪🏿

“Look…let me tell you something” Mama’s voice came out with conviction. Thank you for your service and updates.

Pay attention when a black woman says. “Look, let me tell you something”

Parker’s weather report brings attention to the freezing conditions that swept through Texas. According to Independent, hundreds of people were left stranded in miles-long traffic jams for up to 12 hours near San Antonio.

As the storm battered the South with heavy snow on Friday, Texas Gov. Greg Abbott said it is “one of the most significant icing events that we’ve had in the State of Texas in at least several decades,” as per the news outlet.