The Texas Supreme Court denied a petition by a group of Republicans to invalidate more than 120,000 drive-thru votes in Harris County.

The court did not issue an opinion in its denial. The decision marks the second time in the last month that the all-Republican state Supreme Court denied an attempt to block drive-thru voting in Harris County, a largely Democratic area that includes Houston.

The petition is among a number of Republican-led challenges to voting across the country. President Donald Trump has repeatedly touted baseless voter fraud claims, including voting by mail and dropboxes in what some have called the largest attempt of voter suppression in U.S. history — and Republicans have followed behind him.

Conservative Steven Hotze, Rep. Steve Toth, Congressional candidate Wendell Champion, and judicial candidate Sharon Hemphill argued against the drive-thru method, saying it’s an expansion of curbside voting and under state election law, should only be available for voters with disabilities.

According to the Texas Tribune, Harris County tested the drive-thru method during the state’s July primary runoff. The method went off with little controversy and as a result, the county set up 10 drive-thru locations for the presidential election to make early voting easier for people concerned about the coronavirus pandemic. Voters drive up and, after their registrations and identifications are confirmed by poll workers, are handed an electronic tablet through their car windows to cast ballots.

Just two days before Election Day. U.S. District Judge Andrew Hanen, who committed on Friday to hearing the case, according to The Hill also rejeted the GOP argument Monday. According to CNN, Hanen took issue with the fact that if he invalidated the votes, voters wouldn’t have time to cast their ballot in person.

“A lot of people would say, ‘Gee, if I had known there was a question about voting drive-in, I would have parked my car and walked to the polls,'” Hanen said, according to CNN.

Texas, which typically leans Republican, has a significant chance to flip this election, and Republicans are scared. According to USA Today, roughly 57% of registered voters in the state voted early as of Saturday, shattering previous turnout records with one day of voting ahead.

Nearly 10 million (9.6 million) Texans have already voted, a 47% increase from the number of early voters in the 2016 election. About 735,000 more people voted early this year in Texas than the entire 2016 presidential election, including on Election Day. 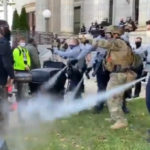 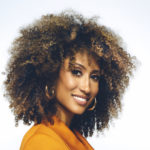