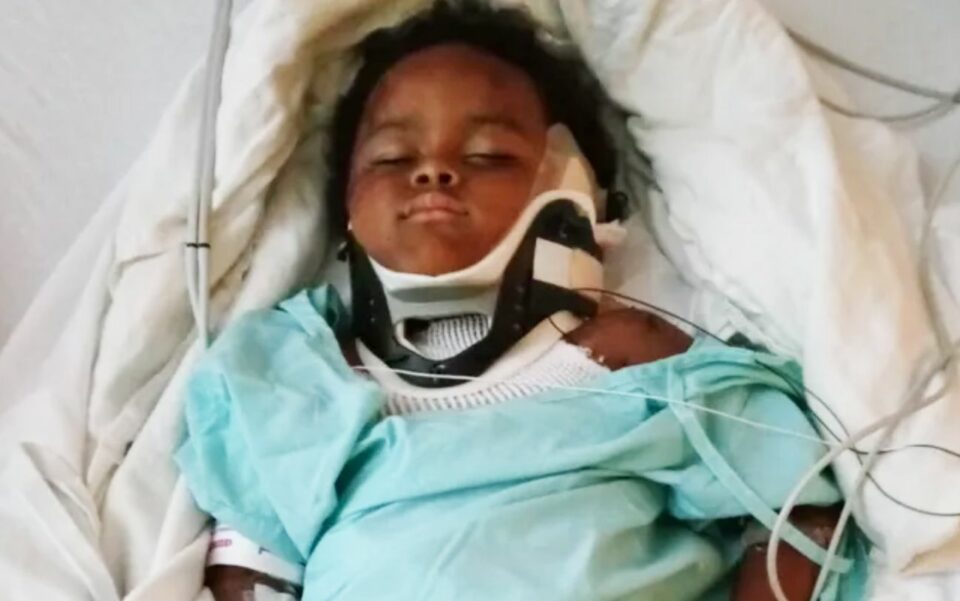 Last Tuesday, a 4-year-old boy in Texas was brutally attacked by a loose pitbull while on a walk with his 15-year-old baby sitter in their Fresno neighborhood. During the attack, the loyal caregiver stayed by his side.

KPRC 2 reports that Carson Neal is currently in the ICU recovering from leaking spinal fluid. His injuries from the mauling were extensive. The toddler needed stitches in his head, back arm, and underwent two surgeries.

“The worst pain in the world is watching your child suffer in the hospital and there’s nothing you can do to ease the pain!!,” Carson’s mother wrote in a GoFundMe fundraiser.

“He went through his first surgery today and tomorrow they will do surgery again at 11 to try to repair nerve damage between his ear and jaw. His ear drum is in tact but he may still suffer from some hearing loss. He has a huge deep gash between his left ear and jaw that is horrendous!! His left shoulder, back and arm is all cut up stitched up. And under his arm pit and the back of his lower head.

Cortney Neal says his son is “very strong and brave,” per the news outlet.

“I haven’t seen a tear come out of his eye. I think we’ve cried more than him,” he continued.

The shaken up father recalls how Carson recounted the details of the incident.

The new outlets confirmed that Carson’s parents were thankful for the babysitter’s quick thinking. The teenager, who was also bitten, tried pulling the dog from its collar while she yelled for help. The owner eventually got a hold of the dog and grabbed him away from the severely injured child.

“She bravely tried to fight off the dog. She never left him. We couldn’t have asked anything more than what she did,” Neal said..

The family set up a GoFundMe with a goal of $10,000 for monthly and medial bills. The fundraiser has already raised more than $8,000.