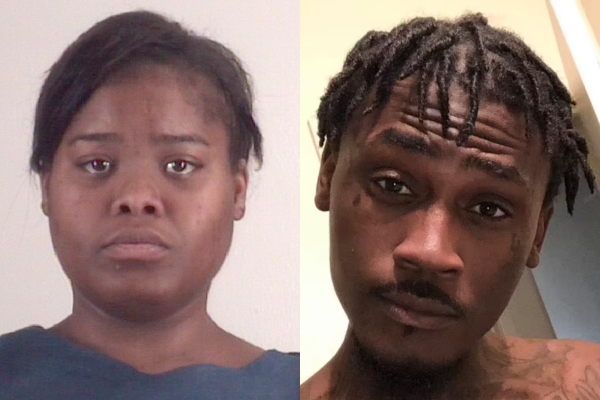 The North Texas woman who set her boyfriend on fire is set to face murder charges after he died from his injuries.

Ricky Doyle, 25, died two weeks after Breana Johnson, 24, pumped gas into the backseat where he was sitting and intentionally set him on fire, KDFW reports. The attack took place on July 18 at a gas station on East Mayfield Road in Arlington, Texas, following an argument between the couple.

Eyewitnesses say they rushed to put out the flames as Johnson drove off smiling, according to her arrest warrant. She was arrested the next day and charged with one count of aggravated assault.

Meanwhile, Doyle spent the next two weeks fighting for his life. He suffered from burns all over his body before dying August 2, prompting the new charges.

According to NBC DFW, Doyle was first taken to Medical City Arlington and then transferred to a hospital in Plano, where he was being treated for burns covering more than 90% of his body.

“I was so scared to touch another part because I didn’t know. I didn’t want to damage another part. I said, ‘would it be OK if I touch his foot?’ He [the doctor] said, ‘yes go ahead,’” Doyle’s mother, Lisa, told the station. “That’s the only part of his body I could touch. That’s all that was left.”

Doyle’s sister, Mikayla, recalled the argument that led up to her brother being set on fire.

“We knew she was abusive to him, but we didn’t see this,” she added. “We didn’t know this was going to come.”

Mikayla says she was on the phone with police when Johnson drove off in her Jeep with Doyle inside. After arriving at the gas station, Johnson purchased 50 cents worth of gas and pumped it into the backseat where Doyle was sitting, and intentionally set it aflame.