[TextConneXt Summit] Ascending Into the C-Suite 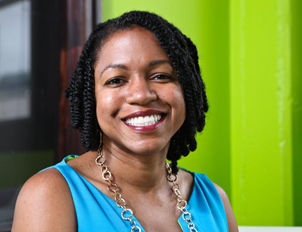 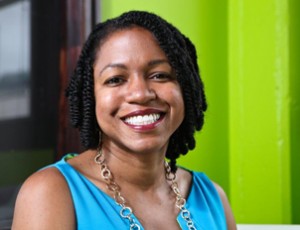 A candid conversation about what it takes to move into senior management and make the leap to the executive level took center stage on Monday at the Black Enterprise TechConneXt Summit at Hyatt Regency, Santa Clara, California. Director of Product Management at Yahoo, Erin Teague, hosted the BE Tech Talk: Ascending to the C-Suite in Silicon Valley, which featured COO of TaskRabbit, Stacy Brown-Philpot.

TaskRabbit is the San Francisco-based startup that runs an online marketplace for outsourcing household errands and tasks to trusted people in the community. Two years ago the company hired millennial tech star Brown-Philpot, who worked for nine years in various management roles at Google before joining Google Ventures as an entrepreneur-in-residence in 2012. She became the first ever COO for TaskRabbit, which is headed up by founder and CEO Leah Busgue. That move brought the number of C-level executives at TaskRabbit to three – Busque, Brown-Philpot, and Chief Revenue Officer Anne Raimondi.

A key decision that positioned Brown-Philpot to move into the C-Suite, was first to take the step to leave Detroit and move to Silicon Valley, bidding farewell to a traditional career path in finance and going to work for a then relatively unknown company. The Detroit native worked in high-level finance jobs at the Silicon Valley search engine giant. What’s more, she worked on global operations for a wide range of products – including as head of online sales and operations for Google India. It was that decision to live abroad, without her husband and children, which set her apart from other employees by affording her the chance to lead over 1,000 people in a country that is male-dominated and hierarchical.

“I got leadership opportunities that I wouldn’t have gotten had I stayed where I was,â€ she added. Then she did the opposite of what most industry insiders expected her to do–she left Google to do something more “mission mindedâ€ by joining a startup.

Also joining Brown-Philpot was Laurence “Loâ€ Toney, who is the newest partner at Google Ventures, having come from Comcast Ventures, where he focused on the Catalyst Fund; leading a group of investments in early stage technologyÂ companies. Previously he served as general manager at the social video game service Zynga, and CEO of LearnStreet, an online education provider.

“How do you know when it is the right time to make a transition, to leave a job and to land a position that was better than the one you had before,” asked Teague. “Mentors,â€ stressed Toney. “Once you build a brand and become known for certain things, opportunities flood your inbox. When I transitioned from Zinga, one of my mentors was Shellye Archambeau, CEO of MetricStream. She is an absolute rock star who sits on the boards of Nordstrom and Verizon. She asked me serious, poignant questions. She said I was really to become a CEO.Â  She made the introduction for me at LearnStreet.â€

Brown-Philpot also noted that Facebook COO Sheryl Sandberg is an ongoing mentor. It was a relationship that she has built over the years from when she first interviewed for Google and Sandberg was then a VP. “For four and a half years we built a strong working relationship. I was a part of her staff as her . . . business partner,â€ she added. “I was helping her solve problems. She started to trust me to make decisions on her behalf. I made good decisions and then I started making bigger decisions. She bought me in to manage a 200 person team. Eventually I graduated from her and went out on my own, but I can still call her for advice.â€

Top 5 takeaways from Ascending into the C-Suite: