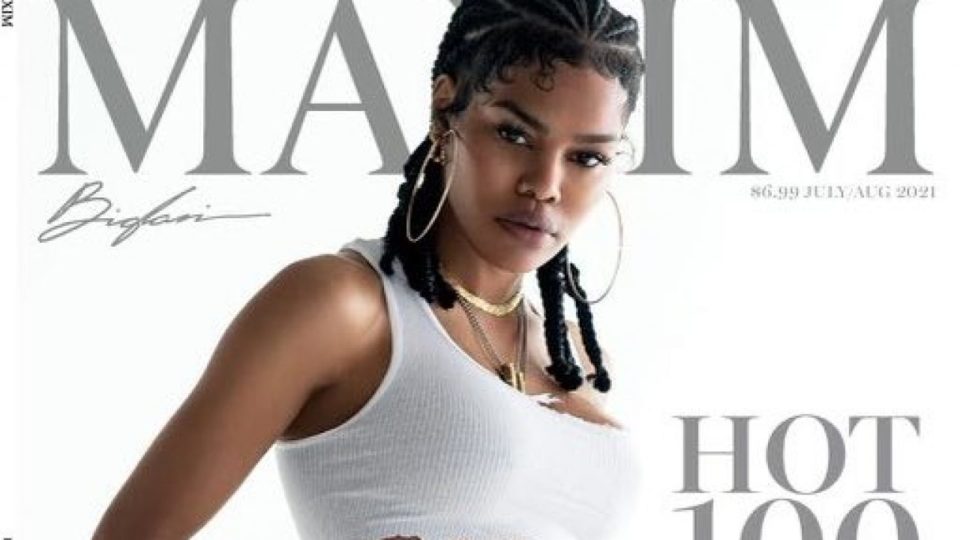 Leave it up to Teyana Taylor’s signature ripped body to land her on the cover of Maxim as its first Black Sexiest Woman Alive.

The jack of all trades works hard as a music artist, dancer, entrepreneur, wife, and mother of two daughters 5-year-old Junie and her baby girl Rue Rose. She also lends her skills to fashion brand Pretty Little Thing as its creative director and prides herself in her work as a music video director.

“Honestly, directing is one of the best things that I’ve ever done, and one of my favorite things in my career that I’m doing, ‘cause I kind of always had that eye,” she said.

She gained worldwide attention when she starred and choreographed Kanye West’s 2016 music video for “Fade.” Her NBA player husband Iman Shumpert and daughter Junie also appeared in the video following a standout dance performance from the Harlem native.

The 30-year-old took to Instagram to express her excitement about her history-making magazine cover.

“As an entrepreneur, wife, a busy mother of two & working behind the lens in my director bag I tend to hide behind my sweats & vintage tees, My “Spike Tey” glasses, and whatever hairstyle I’ve mustered up that day,” she said in the lengthy caption. “So as you can see I don’t have much time to be and feel sexy. This particular day was dope because it made me see another side of myself.”