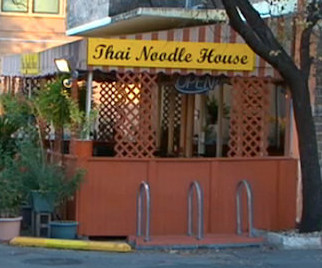 Social media can be the lifeblood of a small business. Used correctly it can drive traffic, promote deals and increase brand awareness. Social media is also a double edged sword which when wielded incorrectly can create backlash, negative press and in some cases threaten the future of your business. A prime example of how not to use social media took place last week when a restaurant owner took to the Internet to rant.

Eddie Nimibutr, owner and chef of Thai Noodle House, a restaurant in Austin, Texas, took to social media last week to express his feelings regarding the Sandy Hook Elementary School shooting. On his now-defunct Facebook page he wrote: “I’m failing to give a damn about the CT shooting.” He further went on to post a racial, curse laden rant saying, “When kids from minority groups get shot, nobody cares. When Israel launched missiles at the school on Gaza, everybody was too busy jerking off.”

Most readers found his comments callous and offensive. Even after he began to receive a significant amount of backlash and even threats of violence from readers, he continued to post on Facebook, claiming his “rights of Freedom of Speech.”

His last post instructed readers who did not agree or approve of his comments to “eat some place else.” Social media users did more than that, they bombarded his restaurant’s Yelp page with an onslaught of one star ratings and complaints about unsanitary conditions.

Nimibutr issued an apology on Tuesday to a local TV station but refused to show his face. He told KEYE-TV, “Looking back at it, it was better to say something than to be silent. I do apologize, because maybe it was a little insensitive to write something like that, right that day the day of the shooting.â€