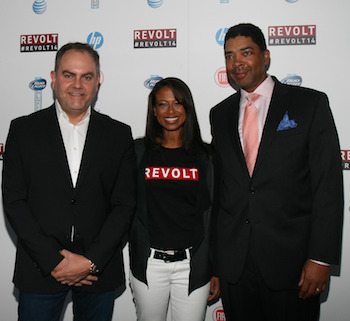 On October 21, 2013, Sean “Diddy” Combs and Keith Clinkscales fulfilled their dream of bringing music videos back to television.

REVOLT TV promised to be a new multi-genre music cable channel for the people, by the people, starring people we all knew and loved. With Diddy as the consummate showman-slash-businessman, and Keith Clinkscales as his right-hand CEO, the duo combined their respective love of music with extensive relationships inside and outside the music industry to create a network in a space abandoned by VH1 and MTV.

On the channel’s initial launch, REVOLT TV was heralded as being one of the largest independent network launches in cable television history. As REVOLT embarks on its first year anniversary, we take a look at Combs and Clinkscales’ baby, and breakdown 10 things you didn’t know about the channel.