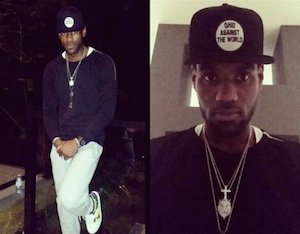 It seems that the world may not yet be ready for svelte King James.

The two-time NBA champion will make his return to his hometown Cleveland Cavaliers a bit thinner, as LeBron James has chosen to embark on a no-carbs diet. The Internets have been having a field day with the self-posted images of the “Chosen One,” which feature the sure-fire Hall of Famer slimmed down dramatically.

As the best player in the league, James, 29, has decided to cut carbs from his diet in an attempt to save his aging knees. ESPN’s Brian Windhorst, who has intimate knowledge of the situation, revealed some more details about theÂ crazy weight-loss initiative on a podcast with Grantland’s Bill Simmons on Tuesday (Aug. 5).

According to the ESPN columnist, King James is losing weight for two reasons and two only: 1) he came into last season in the “worst shape he’s been in a while,” and 2) he has become a bit self-conscious about his weight in recent years. Twitter hasn’t bought into such rhetoric, instead choosing to create its own conspiracy theories ranging from no longer taking HGH (Human Growth Hormones) to not having to carry the Miami Heat.

We compiled the best reactions to Akron’s favorite son’s stunning weight loss for your perusal. Enjoy!