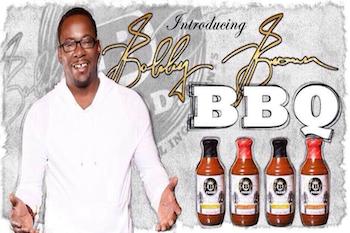 A whole generation regarded Bobby Brown as the King of the Stage. His late wife, Whitney Houston, proudly proclaimed her husband to be the King of R&B.

Now, loyal servants to the Boston crooner may refer to him as a barbecue sauce entrepreneur.

The singer and former New Edition front man just launched a signature line of Bobby Brown Foods, which include a line of BBQ sauces, seasonings, and mixes, all made from his personal recipes. Available for mass consumption this fall, “Bobby’s Original BBQ Sauce” features flavors like “Boston Blend Seasoning” and “Sweet and Spicy Sauce,” which are poised to tantalize one’s taste buds.

According to Essence, Brown has taken the lead as the chef in his home. In a statement released by Brown, he makes it apparent that he has been a fiend for culinary arts for ages, and that we’re just now catching up. “I learned to cook a long time ago. When I was younger and on punishment, that was my punishment, where I had to stay in the kitchen with my mother and actually learn how to cook. This is not something that is new to me; it’s been a part of my life for a long time,,” he says.

As the crooner mulls developing ideas around cooking utensils and cookbooks, the news instantly whipped Twitter into a fervor. We’ve chronicled the instant reactions from social media to whet your appetite. Enjoy!