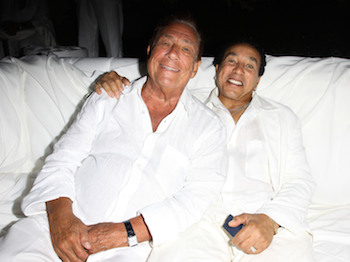 It appears that Donald Sterling has withdrawn his support from a deal to sell the Los Angeles Clippers to former Microsoft CEO Steve Ballmer. He intends to continue his $1 billion federal lawsuit against the NBA, which makes absolutely no sense to the general public.

Just when the Clippers-Sterling saga seemed to have been heading to an amicable end, Sterling changed his mind, rejected the overall sale, and withdrew support for the sale negotiated by his wife. “I have decided that I must fight to protect my rights,” Sterling’s statement said. “While my position may not be popular, I believe that my rights to privacy and the preservation of my rights to due process should not be trampled.”

In a one-page statement dated Monday (June 9) titled “The Team is not for Sale,” Sterling admits that, “From the onset, I did not want to sell the Los Angeles Clippers.”

As Sterling continues to “fight to protect his rights,” many on Twitter let him know their feelings about his 33 years as owner of the Los Angeles Clippers. With that said, we proudly showcase 15 of the most profound reactions to Donald Sterling reneging on the Clippers sale.