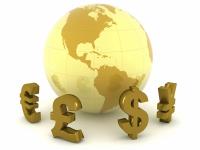 I’ve been laying awake at night worrying about our credit status. I’m not talking about my own ability to borrow. I mean, ours–all of us– President Barack Obama’s, mine, yours, our children, the whole country.

With all the talk of the Obama administration’s coming stimulus package, there’s been very little discussion of how, exactly, we’re going to pay for the $800 billion program.

What I’m getting at is this: In order to finance the plan, the U.S. government will have to borrow from, among other sources, our creditors around the world by issuing IOUs in the way of U.S. Treasury bonds and notes. As those IOUs come due in the future, Washington will repay bond buyers–plus interest–with our (and our children’s) tax dollars.

In recent decades, the chief buyers of U.S. Treasuries have been foreign governments who have confidence in the U.S.’s ability to repay. Two of the top financiers of our debt are China and Japan. Lately, I’m concerned about how those countries view us now. Is the United States beginning to look like a bad credit risk? What incentive do the Chinese and Japanese have to continue financing our debt–especially when their own economies are under siege?

Furthermore, if as a nation, we were assigned a collective credit score, what would it be right now? Think about it: How would MasterCard, Visa, or your bank’s loan officer react if you were faced with a financial crisis of your own and after borrowing to the hilt, you tell them you need an enormous sum of money to get back on your feet. To me, that’s the fix we’re in.

Now, of course, the U.S. has a few things going for it. For starters, we’re the world’s largest economy. We’re good for it, right? Then, there’s the fact that the U.S. has never defaulted on debt–unlike, say, Argentina. Another point many economists make: The Chinese and other nations must finance our debt in order to preserve their own economies. Remember, we’re the biggest buyers of goods produced in those countries.

All of that made me feel somewhat reassured–until I read a recent blog post by economist Vinod Dar, who believes the Obama administration’s stimulus efforts will fail for a host of reasons.

Chief among those reasons, Dar writes, is the notion that “foreigners will not bail us out.â€ Other nations, Dar insists, face the same major economic problems as the U.S., “which are a squeeze on exports accompanied by contracting home markets. The problem is acute for Russia and Japan, becoming more serious for Germany and Taiwan and an increasing challenge for China … The response of each nation will be similar, which is to turn inward, use their financial surpluses to subsidize internal consumption and failing companies.â€ Dar’s conclusion as it relates to our heretofore loyal creditors overseas: “Foreigners… now have much less capacity to buy U.S. treasuries than they did a year ago even as the U.S. Treasury plans to issue vast amounts