The Angst of Acquisition 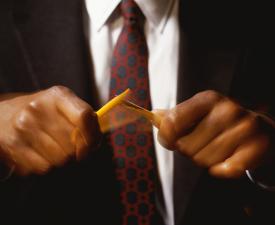 Winston McDonald says he never really saw himself as a corporate man, even though that was where his career path veered. “Everyone in college talked about working 20 or 25 years for a company, but in the back of my mind I knew I wanted to do something different,â€ recalls McDonald, the owner of Best Warehousing and Transportation Center Inc., or BWT (404-344-1121). BWT’s revenues hit $925,000 last year and are projected to reach $2 million for 2009, partly because of increased opportunities stemming from the company’s certification as a minority business enterprise or MBE, and from the more than $1 million worth of contracts currently under negotiation.

Although he isn’t the founder of the Atlanta-based storage and distribution company, the 34-year-old entrepreneur says the process of taking over the operations in December 2006 and implementing his vision was nearly as stressful as if he had started the business from the ground floor.

While working as a manager in the finance department at John H. Harland (now known as Harland Clarke), a San Antonio-based payment solutions provider, McDonald used his accounting expertise to start a couple of businesses on the side but none took off. In October 2006, McDonald decided to put all his entrepreneurial efforts into something he saw potential in–Best Distribution and Warehousing, as the company was then called. He was familiar with the Atlanta-based business; it once stored and distributed his merchandise. After meeting several times with the owners to discuss the company’s future, McDonald felt confident he was making the right move. The company had been in business since 1971 and in 2006 earned $375,000 in revenues. At the time, the owners were eager to sell for personal reasons and agreed to the $275,000 offer, McDonald recalls. He paid half the money up front using his own personal savings, affording him half ownership in the company. The owners agreed to finance the rest. McDonald later gained majority ownership by pumping additional cash into the enterprise. In 2007, the entrepreneur financed the remaining balance owed on the company with a community bank loan, buying the owners out completely. In November of that year, McDonald officially took sole ownership of the business and changed its name.

But the transition was not without problems. The building was rat-infested and in need of repair; several clients were late paying invoices; and some of the company’s employees resented the new leadership.Â  First, McDonald tackled the building, spending a total of $50,000 renovating it. McDonald then severed ties with clients who were delinquent with payments and, before focusing on soliciting new ones, surveyed others to make sure they were happy with BWT’s services.

Today, McDonald has found his stride with 12 full-time employees, and BWT has made a name for itself through the packing, storing, and delivering of merchandise for clients in the Southeast. McDonald hopes to expand, banking the company’s future on lessons learned from the past. “I always believed that if you’re going to be an entrepreneur you must first understand the business from the ground level.â€

This story appeared in the April 2009 issue of Black Enterprise magazine.