The 2010 edition of The Apprentice, NBC’s business reality show starring and executive produced by real estate mogul Donald Trump, features entrepreneurs and professionals competing for a $250,000 job contract with the Trump organization. Each week the contestants must complete a business task. The winners are rewarded; the losers must report to the infamous boardroom, where at least one candidate will be fired by Trump. For the past 12 weeks of The Apprentice 2010, I’ve posted performance reviews of the candidates, their teams and their project managers. This week, at the conclusion of the final task, Trump hired his latest apprentice. And with that selection, I’m left wondering: Is it time for The Apprentice to retire?

By now, it’s certainly no secret that Trump passed over Clint Robertson to hire Brandy Kuentzel as his newest apprentice. My response to that decision? Simply put: Clint was robbed, at least based on what we all observed during the past 13 weeks. (Again, there’s no way to take into account anything that ended up on the cutting room floor.) I repeat: Clint was robbed.

Both teams pull-off their tasks successfully, but Clint’s team clearly performed better, with Steuart deftly handling the production of the dinner and Clint cooly resolving his biggest crisis, the misspelling of Minnelli’s name on both the concert posters and the dinner place cards. By contrast, Brandy’s team had a least three major blunders, to which they responded either late or not at all. First, Brandy failed to assign a complete foursome of golfers for Trump–her future boss. This left Trump with a threesome (including Liza) competing against foursomes and even fivesomes, making it, in Trump’s words, “virtually impossible for me to win.” Eventually, Brandy came up with a fix, finding two golfers to join Trump’s group on the back nine. Second, after asking Kathy 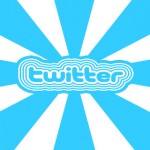 BE Tweets of the Week: #BEPolitics

FacebookTwitterYoutube
← BE Tweets of the Week: #BEPolitics ← Outtakes with Caroline Clarke: Russell Simmons
×