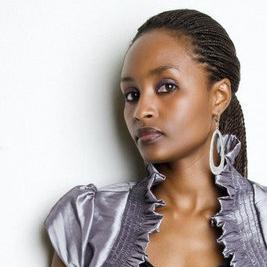 The 2010 edition of The Apprentice, NBC’s business reality show starring and executive produced by real estate mogul Donald Trump, features entrepreneurs and professionals competing for a $250,000 job contract with the Trump organization. Each week the contestants must complete a business task. The winners are rewarded; the losers must report to the infamous boardroom, where at least one candidate will be fired by Trump. Of the three African Americans featured on this edition of The Apprentice, only Liza Mucheru-Wisner remains. With each task of The Apprentice 2010, I will post performance reviews of the candidates, their teams and their project managers.

Leadership Lesson: Great leaders know that tricks and slick maneuvering are not substitutes for understanding the fundamentals of a business and executing accordingly.

TASK 11: Choose, set prices and sell products on the QVC home shopping channel. The team who generates the largest profit margin wins. At the end of this task, two candidates will be fired, leaving two finalists.

Steuart MartensÂ and Clint Robertson are pitted against and Liza and Brandy Kuetnzel, who are reunited in order to even out the teams. Clint and Liza are the project managers.

The teams must select and negotiate for one of four Isaac Mizrahi products to sell: a hand bag, leather faux calfhair belt, a ladies mother-of-pearl watch with a faux croc wristband and a heritage print scarf. The teams must also negotiate for morning and afternoon sales slots.

Clint and Steuart immediately adopt a strategy based on outmaneuvering Liza and Brandy, based on pretending they want to sell the watch (they really want the handbag), and then using the watch as bargaining chip to get the later time slot. Liza and Brandy, agreeing that the handbag, wholesale priced at about $108,would be too difficult to mark up in price, end up choosing the watch, whole priced at $30.56. Negotiations go just as ClintÂ planned. The men give up the watch in return for the later time slot, and then announce that they’re selling the handbag.Â Steuart feels that he and Clint totally played Liza; Brandy agrees.

Liza and Brandy agree on a price of $69.50 for the watch. Clint decides on a price of $194.97, despite Steuart pushing for an even higher mark-up, to $250. Liza assigns Brandy the task of going on air with their QVC host to sell their watch. They are clearly at a disadvantage due to lack of rehearsal time with the earlier time slot, but manage to get through their sales session, with Brandy ultimately deciding to ignore Liza direction from the control booth. By contrast, Steuart, in his stint as on-air pitchman for the hand bag (introduced by their host as Mizrahi’s “luxury brand ambassador,” is clearly at ease, thanks to the extra rehearsal time, although he is also less than impressed with Clint’s direction.

The Result: All of Clint’s slick maneuvering and negotiating is no match for the fact that Liza has a better feel forÂ how women shop and how much they are likely to pay for a watch or handbag. In choosing the handbag, Clint and Steuart ended up with a product both difficult to sell in high volumes and hard to markup in price, selling only 25 items for a profit of $2,174.25. By contrast, Liza and Brandy moved 77 watches for a profit of $2,998.38. Liza earns her first win as project manager, dealing Clint his first PM defeat.

Who I Would Have Fired: Steuart, because he unquestioningly endorsed nearly every aspect of Clint’s strategy. The only exception was pushing the price of the purse even higher, which would only have resulted in lower sales volume. Brandy because, once again, she contributed next to nothing to a task, doing only as she was told, and nothing more.

Trump did fire Steuart, primarily because he is less educated and experienced as a business person than Clint. His decision to fire either Liza or Brandy has been postponed as a “cliffhanger” for the next episode, but it’s hard for me to imagine how Brandy, a minimal contributor during her entire time on The Apprentice, can be kept over Liza, who won handily on this task almost single-handedly–defeating the consensus front-runner Clint to boot.

Who Will Be The Next Apprentice?:Â  Clint (2-0 as project manager) winsÂ if Liza (1-1)Â is fired. If Brandy (1-o) is fired, as I expect her to be, it’s a toss-up. (In fact, I wouldn’t be surprised if Brandy voluntarily resigned.)

I’m going out on a limb–and picking Liza to upset Clint and become the first black female to be The Apprentice.

Who do you choose for your Final Two? And who will be the next apprentice and why? Leave a comment and let’s talk about it!