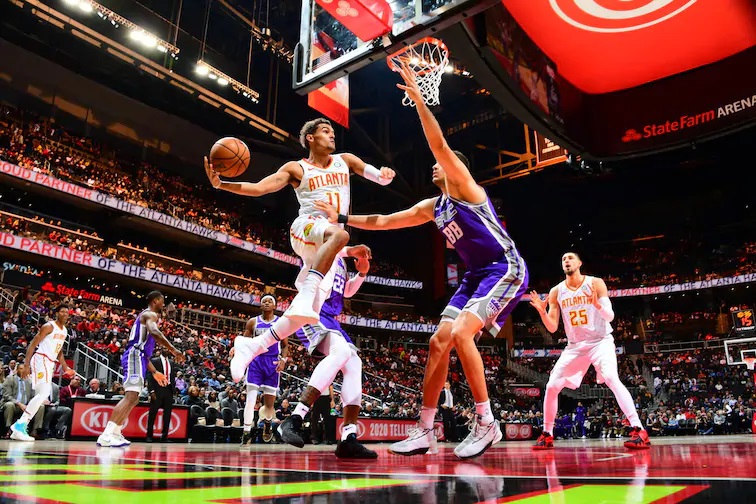 The NBA’s Atlanta Hawks have recently announced that the professional basketball team has agreed to refinance the construction loan for the Emory Sports Medicine Complex with several Black-owned banks. This marks the first time a professional sports franchise has had a loan that is underwritten exclusively by Black-owned banks.

“Today’s announcement reflects our commitment to putting our values into action–by choosing to work with Black banks and drawing attention to the need for Black banks to thrive as they work toward addressing the lack of access to capital in Black communities,” said Tony Ressler, Principal Owner of the Atlanta Hawks in a written statement to BLACK ENTERPRISE.  “We always strive to ask ourselves how the Hawks can best help those in the community that are already helping others, and today’s announcement is another step in our commitment to use the Hawks as a positive agent of change.  This is both good for the community and good business to empower new and existing Black businesses.”

The $35 million transaction was facilitated by the newly-formed National Black Bank Foundation, which organized a syndication team to structure the deal. Georgia-based Carver State Bank served as the syndicate’s Lead Arranger.

“The Atlanta Hawks are putting their money where their mouth is when it comes to being an ally of Black businesses, and Carver State Bank is proud to be the lead institution on this historic transaction. By selecting an all-Black bank syndicate to provide this financing, the Hawks are strengthening all of our banks,” said Robert E. James, II, President, Carver Development & Chairman-Elect, National Bankers Association. “What we earn from this loan strengthens our collective ability to provide even more loans and financial services to Black small businesses and consumers, and we are able to show our ability to pull off a large, sophisticated loan transaction. Tony and his team are real allies in the movement for racial equity.”

“The Hawks are not only the first-in-league with this deal, but are the first in all major league sports,” said Ryan Clark, NBBF board member, ESPN commentator, and NFL alumni. “Banking black is a simple but incredibly powerful demonstration of professional sports franchise’s commitment to their players and their fans. Now we need other teams to follow the Hawks’ lead.”