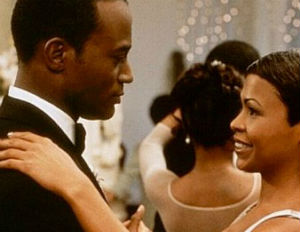 The classic 1990s “Best Man” film had us all itching for more drama between Harper, Lance, Robin, Mia, Jordan, and the rest of the cast, and after 14 years of waiting, director Malcolm D. Lee did not disappoint with the film’s sequelÂ “Best Man Holiday,” which raked in $70.5 million.

Now, with the fans still wanting more after an open-ended finish to the film’s 2013 sequel, it looks like Lee has heard the cries of his fans and is finally ready to answer their request with a release date. According to The Hollywood Reporter, Universal Pictures is releasing a part three to the film series on April 15, 2016, titled “Best Man Wedding.”

With the original cast expected to return and with the given title, film fans are left to wonder does this mean that Q (Terrence Howard) is really going to get married? Will Lance (Morris Chestnut) find new love?

Lee hinted to BlackEnterprise.com at ABFF that there will be “some romance, sex, a wedding, and a different location” in the new sequel, but I guess we’ll have to rush to theaters in 2016 to see how everything really plays out on the big screen.