The Birth of Nateâ€™s Nation 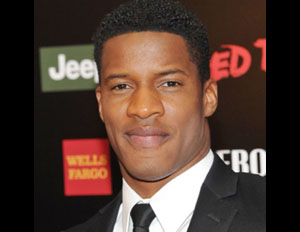 With only a few short days left at this year’s Sundance Film Festival, actor and activist Nate Parker has made headlines with his film,Â The Birth of a Nation.

Parker’s must-see biopic of enslaved preacher, Nat Turner, set records this week with the largest distribution deal in Sundance history.Â  A reported $17.5 million dollars was paid for the rights to his feature film by powerhouse Fox Searchlight Pictures. Winning over the $20 million dollar bid by the world’s leading Internet television company Netflix. Parker proved that he was not ready to ‘Netflix & Chill’ on his project — that took almost 7 years to come to life.

The Birth of a Nation not only serves as Nate’s directorial debut, but he also wrote and stars in the film, which has the Hills of Hollywood buzzing with an Oscar nomination.

BlackEnterprise.com got a chance to chat with the filmmaker during an eight city promo tour, where Parker took us on a journey from his breakout role in Pride to his breakthrough role in The Birth of a Nation.

BlackEnterprise.com: It is clear, you are very methodical; not only in how you attack your roles, but how you select your roles.
Parker: Absolutely. Legacy is very important to me. There’s a quote, it says discipline is giving up what you want now for what you want most. For me, I give up a lot of roles that I know aren’t going to be beneficial to my legacy and for my kids.

Going back to how you select roles, what’s allowing you and pointing you to choose these roles.
I’m an activist, man. I’m an activist. As long as there’s a disparity with respect to people who look like me, I’m going to be choosing roles that I think that are going to counteract those ailments. Is that to say that every film I ever do will have spirituals being sang in the background? No. But as for now, I feel like I really do have a platform.

Take me to the future of Nate Parker, because I’ve heard about the Birth of a Nation.Â Why has this not been told on the big screen?
I think generally there’s a fear when it comes to telling our story because it runs in contradiction to what we’ve been told and taught. When we’re dealing with the holocaust, dealing with the plight of our Jewish brothers, it’s a lot easier because we liberated them. Whereas with what happened with us and slavery, we live amongst our oppressor. We still deal with racism and we still deal with white supremacy. We still deal with this injury of this systemic occurrence and it’s still affecting us today. It’s a painful conversation. Healing takes honest confrontation, and honest confrontation is painful. I think that as a country, we’re having a hard time dealing with that. When people go, ‘Oh, we’re going to make a movie about a slave revolution,’ everybody’s like, ‘Wait a minute.’ Because what is that going to unearth? You can just make a film like that solely for entertainment purposes. There’s going to be some repercussions. For there to be reconciliation, you’ve got to dig up the bones; you’ve got to talk about it, and that’s what I’ve always wanted to do.

Right.
I was taught that slavery was only picking cotton…We’ve sanitized our history to a point where we don’t even know who we are.

Would you say that you, right now, are a truth teller?
I hope so. That’s my goal as a filmmaker and anything I do is to tell the truth; whether I’m in front of the camera or behind it. I’m going to give it all to you. If Â you can take it you can, if you can’t, you can’t. As a director, that’s what I want to do. I’m directing this film in combination, so I get to tell this story in my way.

The fact that you are this truth teller, you are this activist/actor, does that hold you back from particular roles? Do you think that that’s maybe an obstacle that you have in Hollywood?
Absolutely not. What better way to be typecast? If they’re like, ‘We’ve got this project about this strong guy who’s doing things for his community, he tells the truth, and he has integrity. Who can we call? Let’s call the guy who makes projects like that.’