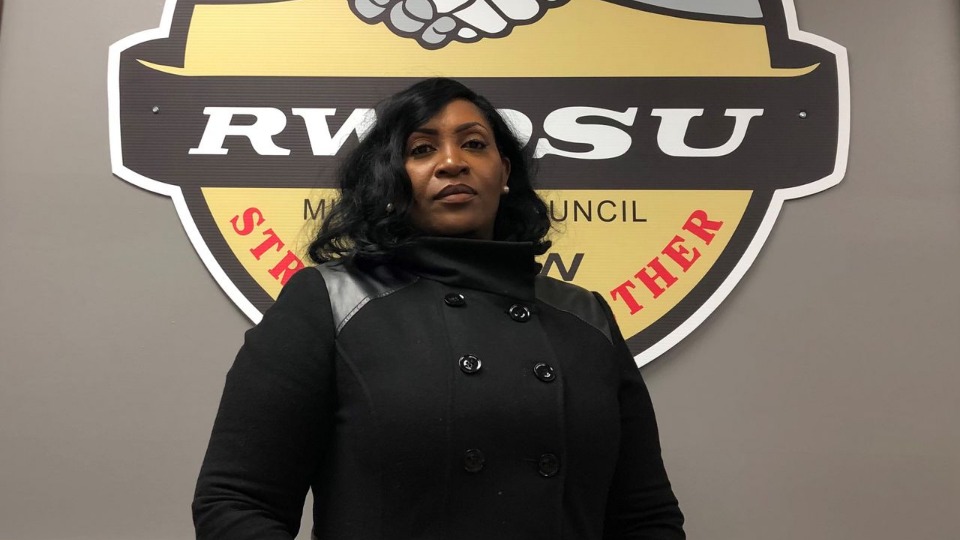 Jennifer Bates, the woman who started a union push at Amazon. (Image: Twitter/@Kshama_SC)

When Amazon opened a new warehouse in Bessemer, AL, last year, Jennifer Bates thought it would bring economic growth to the area. She also thought a job there would give her more time to spend with her grandkids. However, Bates had no idea she’d end up testifying to Congress a year later about her experience working for the e-commerce giant.

Bates got a job at the warehouse after it opened and instead of good pay and flexible schedule, what she found was backbreaking 10-hour shifts that included walking across a warehouse the size of 14 football fields so much that her legs began to swell and her knees to hurt. Bates considered quitting but instead decided to stay to fight for better conditions. That decision put Bates in the national spotlight as one of the main figures in a push to unionize the warehouse.

“Working 10 hours at the pace that they push you to go, the time off is either going to the doctor for something, soaking, resting, taking it easy on your days off,” Bates told CNN in an interview. “Why couldn’t I stand still and have an opportunity to fix something that was broken?”

As the union effort extended into 2021, Bates became more important to the effort and Sen. Bernie Sanders (D-VT) invited her to testify via Zoom before the Senate Budget Committee. Bates wasted no time calling out Amazon for its treatment of workers.

“Amazon brags it pays workers above the minimum wage, what they don’t tell you is what those jobs are really like,” Bates said. “and they certainly don’t tell you that they can afford to do much better for the workers. Working at Amazon is not an easy thing. The shifts are long, the pace is super fast, and they seem to think you are another machine.”

Bates added after just the third day she was physically hurting from the work and discovered she wasn’t the only one. When she brought her concerns to her sister, also an Amazon employee, her sister told Bates it’s only going to get worse. At the time, the tech giant pushed back on Bates’ claims saying, while they take her words seriously, it didn’t reflect the views of the majority of their employees.

The union vote, which took place by mail due to the pandemic was voted down, but many believe Amazon engaged in shady behavior. The Retail, Wholesale, and Department Store Union is appealing the vote claiming misconduct and intimidation by Amazon.

While that plays out, Bates is still working at the warehouse and organizing a union effort. However, she’s worried about what may happen to her job in the future. The day after Bates testified, a manager informed her she was stripped of her ambassadorship. Additionally, she told CNN, Amazon employees seemed “frightened” to talk to her; others said they had been informed by her speech.

Amazon has faced numerous issues pertaining to the treatment of its workers. During the height of the coronavirus pandemic last winter, the company was called out for not instituting COVID-19 safety and sanitary guidelines until April 2020 and not giving paid sick leave to warehouse workers.