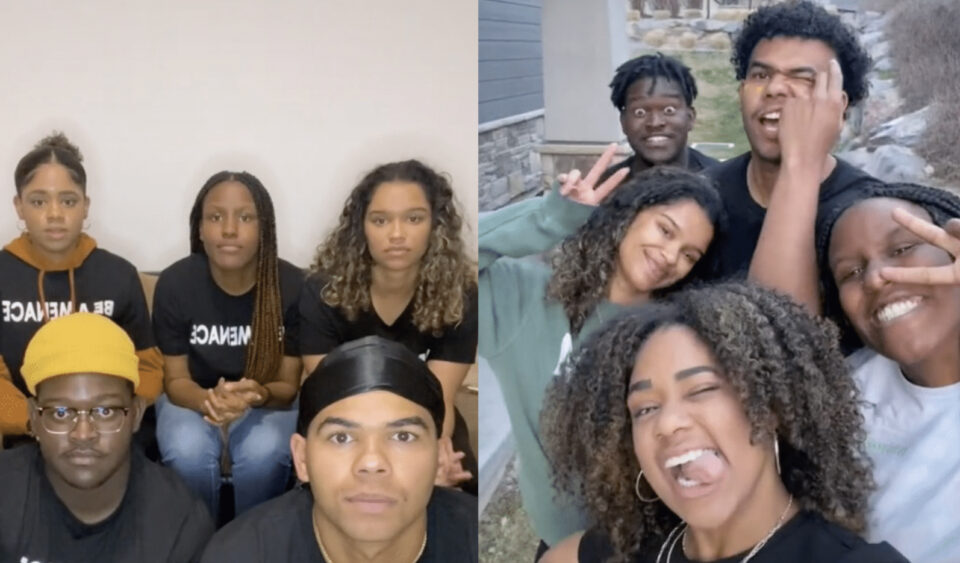 The Black Menaces, founded by a group of five Black students at Brigham Young University, have expanded their revolution to campuses across the country.

According to Inside Higher Ed, the collective announced plans to open a chapter at every predominantly white university across the nation, where Black students can televise video interviews on social media about inclusivity, overt and covert racism, homophobia, xenophobia, sexism, and more on PWI campuses.

“As the Black Menaces, we seek to make all necessary changes at universities across the nation to ensure the mental, emotional, and physical safety of ALL students. Through reforming the curriculum, systems, and management change will occur to make equitable standards,” according to the organization’s website.

Since launching its account in February, the movement has amassed over 725,000 followers on TikTok and over 28 million likes. Video content aims to share the stories and experiences of any and all marginalized students.

Sebastian Stewart-Johnson, a founder of the Black Menaces, said the expansion would strive to help “organize large protests and push initiatives nationwide, like getting schools to mandate classes on race,” per NBC News.

Since the official announcement of the expansion, college students from around the United States have expressed significant interest in building a chapter on their campuses. The Black Menaces are inviting them all.

“I think ignorance is really prevalent on campus on a wide array of social issues,” he said, per Inside Higher Ed. “I really want to work toward dismantling that and, in turn, create a safe space for these marginalized communities. Our goal is to talk to as many students as possible.”

While the Black Menaces are increasing in numbers, the organization recently stepped in to address the recent racially-motivated incident during a BYU volleyball match this past weekend.

BLACK ENTERPRISE previously reported that BYU banned a spectator from the athletic venue after they were heard hurling racial slurs at a Black volleyball player, Rachel Richardson.

The Black Menaces wrote a letter to Duke, Brigham, and all those who attended the game to work with them in creating and implementing mandatory training.