The Boys Are Back! Real Husbands of Hollywood is Making a Return 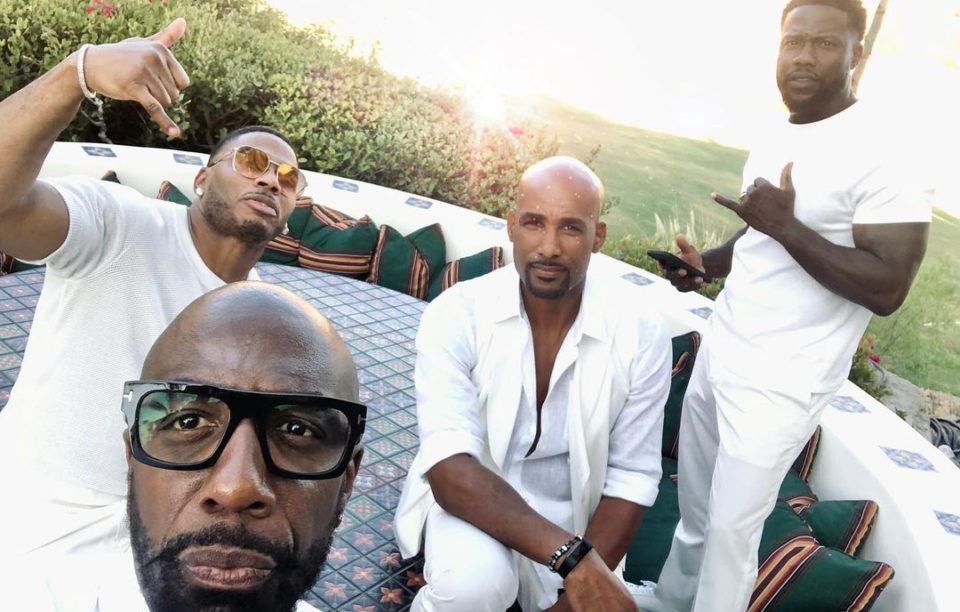 Do you know what you’ve been missing? Well, evidently BET Plus knows! With one sentence, comedian and Hollywood executive Kevin Hart made an announcement via his Instagram account, “We are back MITCHES!!!!!”

Hart made his way to his Instagram account to let the world know that he and the original and full cast of characters from “Real Husbands Of Hollywood” are all returning!

“We are back MITCHES!!!!! You talk & I listen ….this just in….I called my partners at @betplus & said the world wants “Real Husbands Of Hollywood” back & they want it back now….and they said then what in the hell are we waiting for???? Give the people what they want….The entire gang is back people…. @nickcannon @robinthicke @nelly @boriskodjoe @ohsnapjbsmoove“

After not being seen collectively for five years, the “Real Husbands of Hollywood” crew is coming back for another season and will be making their return on BET+. The “Real Husbands of Hollywood” will see all the members of the original cast set to return for what will be a six-part limited series. Cast members Kevin Hart, Boris Kodjoe, Duane Martin, JB Smoove, Nelly, Nick Cannon, Robin Thicke, Cynthia McWilliams, and Jackie Long  will be back for the return trip as a slew of surprising celebrity guest stars who Kevin likes to call “friends.”

The original “Real Husbands of Hollywood” was created by Kevin Hart, Chris Spencer, and Ralph R. Farquhar back in 2012, after it started originally as a sketch on the BET Awards that year. The series first came on the BET network in 2013 and ran for five seasons until its end back in 2016. The series follows the daily lives of Kevin and other celebrities, each playing a fictionalized version of themselves, as they venture through their surreal life in Hollywood.