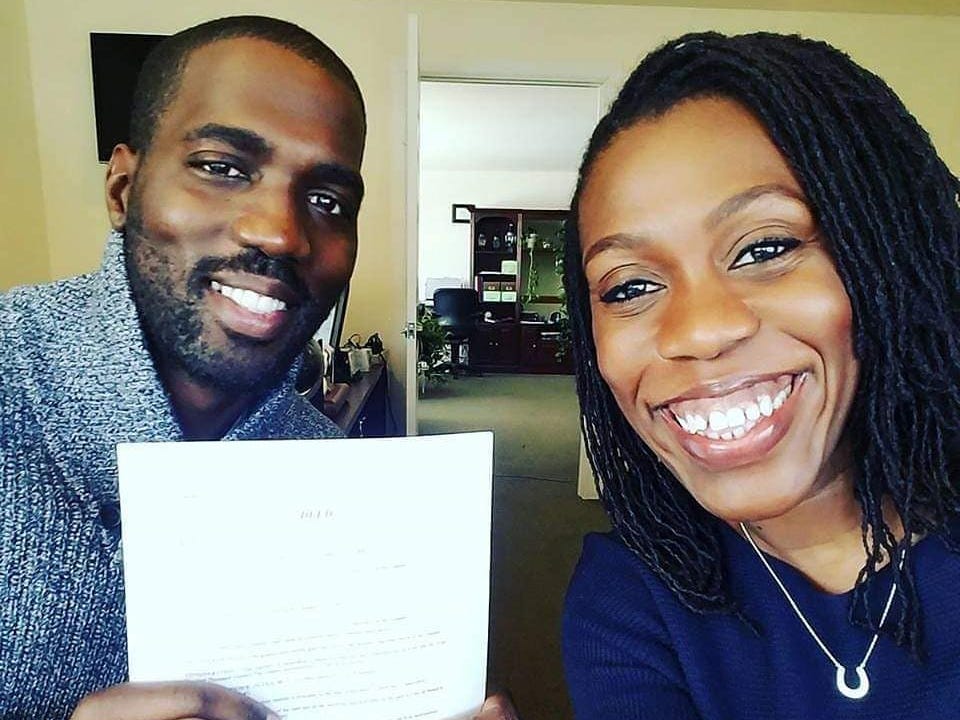 In a heartfelt tribute, ‘The Budgetnista, ’ Tiffany Aliche announced that her loving husband, Jerrell Smith, passed away after suffering an aneurysm.

Aliche shared the sad news on Instagram, along with a warm message and several clips highlighting her late husband’s character as a partner and family man. The clips opened with Smith expressing his love and appreciation for his wife.

The remainder of the tribute takes us through Smith’s interactions with family and friends, vacations, casual gatherings, and more. We can even see him showing off his dance moves and attempting a round of double dutch.

The New Jersey native was affectionately known by many names, but mainly by Superman.

“Jerrell prided himself on being a ‘bully buster’ in school. He believed in looking after those that had trouble looking after themselves. This character trait followed him into adulthood,” as orated in the Instagram tribute.

“He believed in being quick to apologize and quick to forgive.”

For Smith, kindness was an action word, which Aliche emphasized in the 7-minute and 52-second video.

“I hope his life is a reminder that we are all capable of making the world better right we are.”

Smith is survived by his wife and daughter, Alyssa.

The trailblazing influencer has transformed her career from a former preschool teacher to a renowned personal finance educator and New York best-selling author. Through her powerful “Live Richer Movement,” Aliche has assisted more than one million women collectively in saving more than $250 million and successfully paying off over $200 million in debt.

As Black Enterprise previously reported, Aliche was also instrumental in getting The Budgetnista Law (A1414) passed in New Jersey in January 2019, making financial education mandatory for all middle school students in the state. She is dedicated to creating more opportunities to foster Black financial literacy everywhere.