The Business of Faith - Black Enterprise 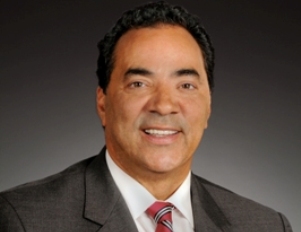 As an ordained minister and co-founder of Jabez Fellowship International, a Dallas-based church and ministry, Richmond McCoy helps oversee much of the church’s operations. As CEO of UrbanAmerica Principals III L.L.C. (No. 3 on the BE PRIVATE EQUITY list with $1.027 billion in capital under management) helps oversee a billion-dollar commercial real estate portfolio. Now he’s looking to bring business and faith together.

According to McCoy church foreclosures have increased nearly 200% over the past two years. And with traditional lending institutions reluctant to take on risk, this is a figure that’s likely to increase. “Everywhere we go we’re seeing the same situation where the banks, with loans maturing, the banks don’t want to renew the loans and tell the churches you know you got to go find a replacement capital and we’re not going to renew you and pay us our money.â€

He says the rise in church foreclosures is partially due to the economy. “Up until the economic crisis the churches had less than a 1% default rate.Â  They didn’t default, but that’s gone up to 3% now at this point and it may go higher, because just economic crisis and you look at the high unemployment in our communities and all these things and decreasing property values.â€

Increased banking regulation is another factor as lenders look for churches to operate more like a business. “The Dodd-Frank bill dramatically changes the guidelines under which a bank can even make a loan and many of the churches never really prepared themselves to operate in this new paradigm where they need to really reflect their operations, need to reflect a commercial entity, very similar to how our firm serves our institutional investors with quarterly reporting, audits, property evaluations.â€

UrbanAmerica invests solely in commercial real estate in urban areas, and is looking to expand its services by providing services to some of the struggling inner city churches. Those services would include:

McCoy says this makes good business sense. According to the CEO, church loans are cumulatively an $80 billion market, some $20 billion of which is rolling over in the next two years. But McCoy sees this as an investment. “We’re going to look for ministries that have tenure and that have been in business a minimum of five years and have a diversity of revenue streams,â€ he says. “That it’s not just offerings that they’re getting, but maybe they have other income from daycare or maybe they’re doing work with assisted living. They have other means of income coming into the business side of the church.â€ UrbanAmerica will also consider the quality of the real estate—the location and condition.

Will this become a significant part of UrbanAmerica’s business? “That’s the big question isn’t it,” responds McCoy. “I think it could be very significant. We’ll see.Â  It’s an important endeavor for us on many levels.â€

8 Traits That Make You a Great Team Player