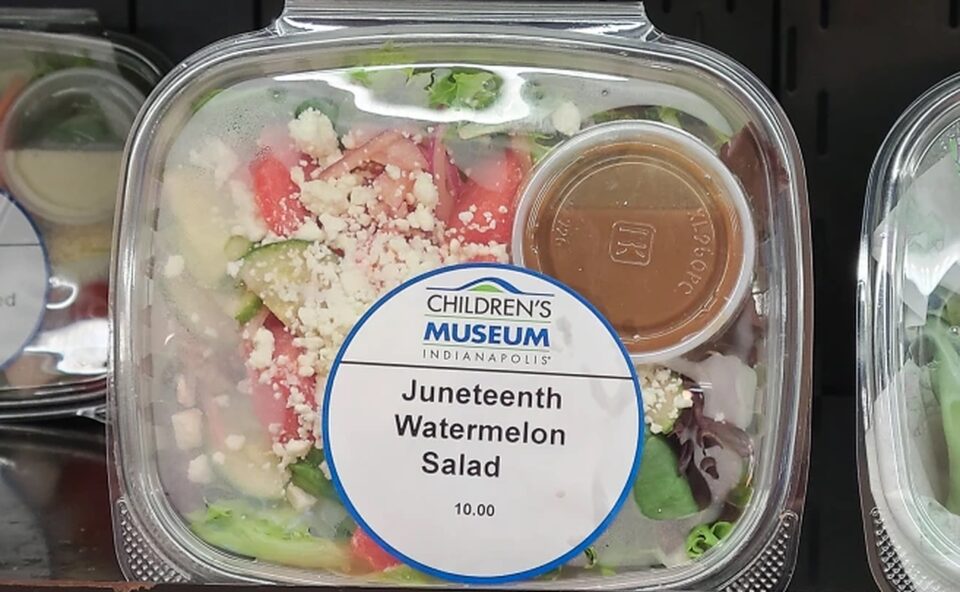 The Children’s Museum of Indianapolis recently went viral after promoting their newest addition to their food court options in celebration of Juneteenth: a watermelon salad. The tone deaf “Juneteenth Watermelon Salad” was then immediately pulled after major blowback on social media, which prompted the museum to also issue an apology.

In their official statement, the Children’s Museum of Indianapolis said:

“As a museum, we apologize and acknowledge the negative impact that stereotypes have on communities of color. The salad has been removed from the menu. We are currently reviewing how we may best convey these stories and traditions during this year’s Juneteenth celebration as well as making changes around how future food selections are made by our food service provider.”

They continued, “Our food service provider uses the food and beverage menu to commemorate and raise awareness of holidays like Juneteenth. The team that made this selection included their staff members who based this choice of food on their own family traditions. As we work to create a culture of empowerment and inclusivity, we know there will be stumbles along the way.”

1. What is watermelon salad?
2. Why is it being advertised as a Juneteenth thing?
3. Why are things so overtly racist these days? Like.. come on. 😐😩 https://t.co/6z0FwzZQMM

In a response to a Facebook comment, the museum offered that watermelons and other red food are traditional of Juneteenth celebrations, also citing the food court manager’s family’s tradition, reports the IndyStar.

“There should have been a label explaining the history and meaning behind this menu item and it should not have been on the shelf before that label was ready,” the museum said in the comment. “We understand how this appears with no context and we apologize. We are pulling it from our food court immediately until the sign is ready to accompany it.”

The racist stereotype of watermelons amongst the Black community was perpetrated during the Jim Crow era after the fruit became a symbol of freedom following slavery. Many recently emancipated slaves grew and sold watermelons, which provided self-sustience that Southern whites moved to tarnish. Not long after, watermelons were twisted to symbolize poverty and laziness.

The museum’s statement ended with, “As a museum, we have put a significant effort behind sharing the critical and diverse stories of a wide range of individuals. We also have placed a strong emphasis on expanding DEAI initiatives throughout the museum. We resolve to do better, and continue bringing all voices forward in our work.”