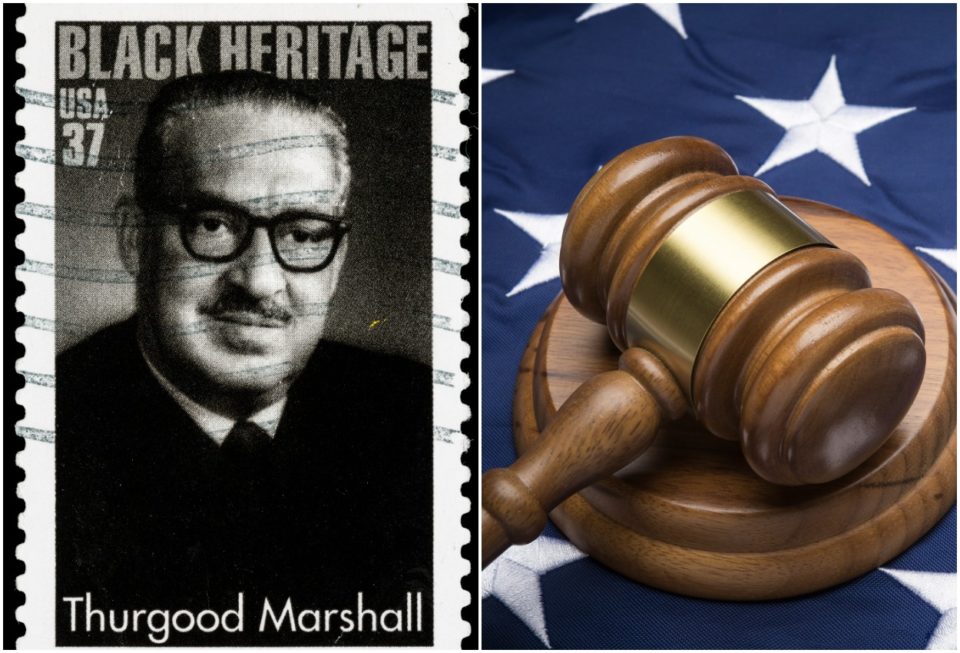 The Baltimore native – the first Black Justice in the Supreme Court appointed under the President Lyndon B. Johnson’s administration – is the city’s most highly regarded man to have been born there. But the introduction of a dedicated day in his honor is the icing on the birthday cake, The Baltimore Sun reported.

“Thurgood Marshall was a formidable and transformational figure in the history of this country,” Chief Judge of the Maryland Court of Appeals Robert M. Bell said during a news conference. “Thurgood Marshall moved this country closer to the more perfect union which the Founding Fathers envisioned.”

Marshall is well known for representing clients for the NAACP who were the catalyst for ending segregation in public schools in the landmark case Brown v. Board of Education, making it unconstitutional to separate children from receiving the same education at the same school based on race.

Graduates of P.S. 103 attended the event to give their solemn words about the occasion.

Public School 103 graduate Larry S. Gibson, who went on to write Young Thurgood: The Making of a Supreme Court Justice –a story about Marshall’s children and what led him to become the civil right lawyer he is today – was there.

“When we attended, we didn’t know anything about Thurgood Marshall,” Shaw told The Sun.

The school is scheduled to be redeveloped and reopen as a community center, receiving $8.2 million, according to the senior pastor of Union Baptist Church,  Rev. Alvin C. Hathaway Sr., and president of Beloved Community Services Corp., the nonprofit leading the renovation, on West Baltimore.

It will be a place for legal resources and gun violence prevention and community outreach programs.