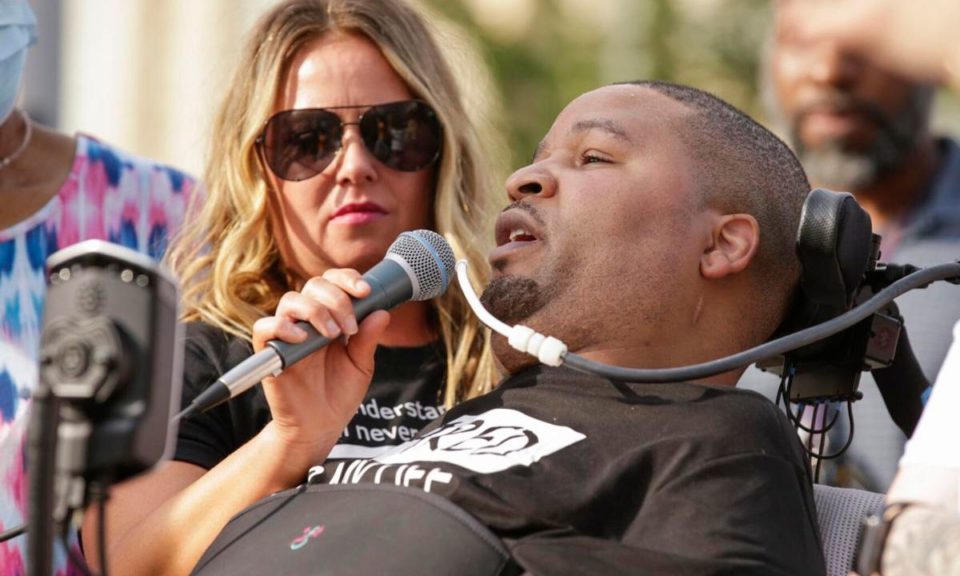 Five years ago, Jerime Mitchell, a Black man, was paralyzed from the neck down after being shot by a White police officer during a traffic stop in Iowa. Based on that interaction and the aftereffects of the incident, the City of Cedar Rapids agreed Monday to pay $8 million to Mitchell.

The settlement, according to Iowa Public Radio, is most expensive payout over police misconduct allegations in Iowa history. This announcement came Monday, the day before the case was supposed to start. The settlement is the

“Attorneys for Jones and the city were fully prepared to go to trial in defense of all claims,” the statement from the city stated. “Pursuant to the city’s insurance policy, States Insurance has control over the settlement of this case and determined settlement to be in the best interests of its insured, the city.”

The City of Cedar Rapids will not accept fault or liability.

Office Lucas Jones told investigators that he pulled Mitchell over due to a license plate light being out. According to Jones, they started fighting. As Mitchell tried to get back into his car, Jones got caught in the door. Mitchell started to drive away, so the former police officer shot Mitchell three times to stop him.

During the grand jury trial, which didn’t include any statements from a still-hospitalized Mitchell,  a Linn County grand jury declined to indict Jones on criminal charges. The city also determined that Jones “acted properly” when he pulled Mitchell over on Nov. 1, 2016.

According to the Star Tribune, Larry Rogers Jr., the attorney for Mitchell, said the settlement was significant and will pay for Mitchell’s future health care costs. He also mentioned that the most important impact was that Jone, who shot and killed another suspect in 2015, was fired.

“Deadly force was not justified here,” Rogers said. “With Lucas Jones’ termination, the citizens of Cedar Rapids are safer and an overly aggressive officer … should never again wear a badge.”