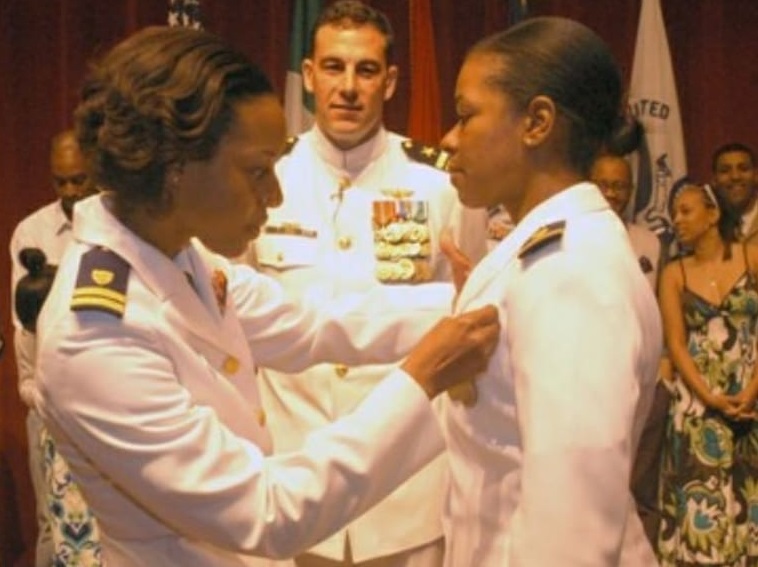 Of the U.S. Coast Guard‘s 800 pilots currently in service, only six are Black women; the first, Cmdr. Jeanine McIntosh-Menze, only broke that ceiling in 2005.

When she met now Lt. Cmdr. LaShandra Holmes, who would go on to become the Coast Guard’s second Black woman pilot, Menze didn’t realize that what she was doing for her new protégé what exactly what she had been looking for as she embarked on her career. A native of Jamaica, Menze tells NPR that her childhood dream of becoming a pilot seemed unattainable when she first thought of enrolling in flight school.

As she prepared to sign up for her first less at Embry-Riddle Aeronautical University, she quickly realized that she was an outlier. “I panicked,” Menze recalls. “I don’t see anyone that looks like me, and I felt like I didn’t belong.”

In a conversation as part of StoryCorps’ Military Voices Initiative, Holmes shared how meeting Menze had the exact opposite result.

“You were so welcoming, I just was hanging on your every word,” she said. “And I thought, ‘She looks like me! She’s got lips like me! And she’s flying the biggest aircraft we’ve got in the Coast Guard!’ You changed my mind about what’s possible.”

As Menze describes the way she honored Holmes in 2010 when she received her wings – a symbolic part of the graduation ceremony, she makes it clear that the way in which she embraced the younger pilot was an intentional effort to set a precedent.

“I wanted to make some sort of gesture to say that we’re all gonna be there for each other — all the other black and brown girls that were gonna be coming up behind us,” Menze recounts. “And immediately I thought the best way to do that was … you are going to have my wings.”

In a recent interview with the Organization of Black Aerospace Professionals, Menze shared some of the challenges she faced in her first five years as an “only,” and her continued hopes to welcome more Black women into her space.