The Collective Is Launching A Campign To Register 250,000 Black Voters 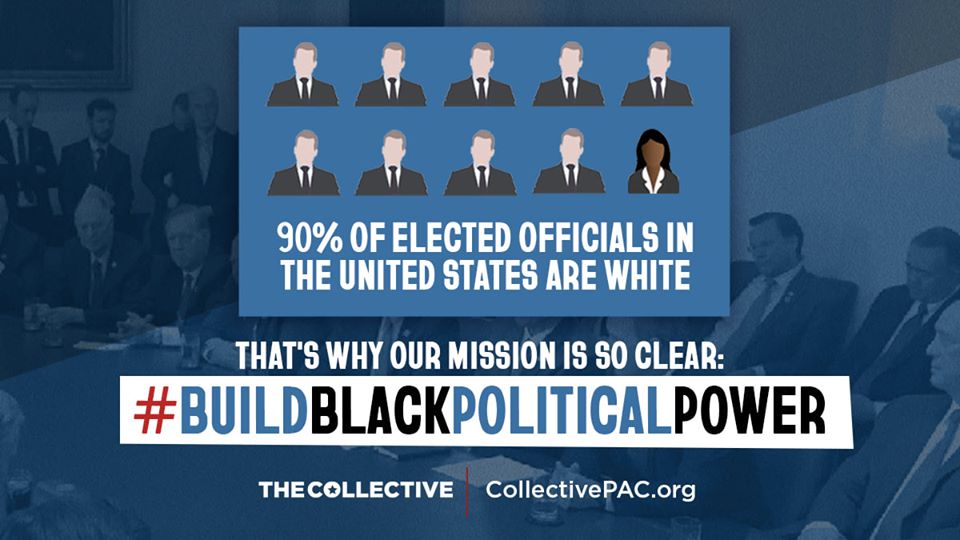 The Collective Political Action Committee has announced a campaign to register 250,000 African American voters on Juneteenth.

According to a release, The Collective,  a group dedicated to electing black candidates, will launch its “Vote to Live” campaign, an attempt to register 250,000 African American voters. The Vote to Live campaign is a data driven voter engagement program to reach African American voters through digital advertising, mail, and text messaging. The effort includes a partnership with the Conference of National Black Churches.

The campaign comes as the presidential election draws closer and as part of the response to the police killings of George Floyd, Breonna Taylor, and Rayshard Brooks. On Thursday June 18, The Collective will launch an extensive digital voter registration campaign using online ads aimed at reaching unregistered Black voters.

On June 19, from 7 p.m. through midnight, The Collective will co-host a virtual event with Axis Replay to promote social justice initiatives. The event will include entertainers and professional athletes including rapper Young Jeezy and social media personality Desi Banks.
“The Black vote is powerful and when we vote, we change the course of history,” The Collective’s Founder and President Quentin James said in a press release. “We are living in a time when people are protesting for change that directly impacts the Black community, but protesting is only a start, the ultimate protest comes at the ballot box. Vote to Live is more than registering new voters, it’s a call to action and a demand for change.”
According to The Collective, 90% of elected officials are white and 95% of all elected prosecutors are white. Despite electing the most diverse U.S. Congress in history in 2018, Black voter turnout was at a 20-year low in 2016. The Collective believes all African Americans have a voice, and their vote is part of that voice.