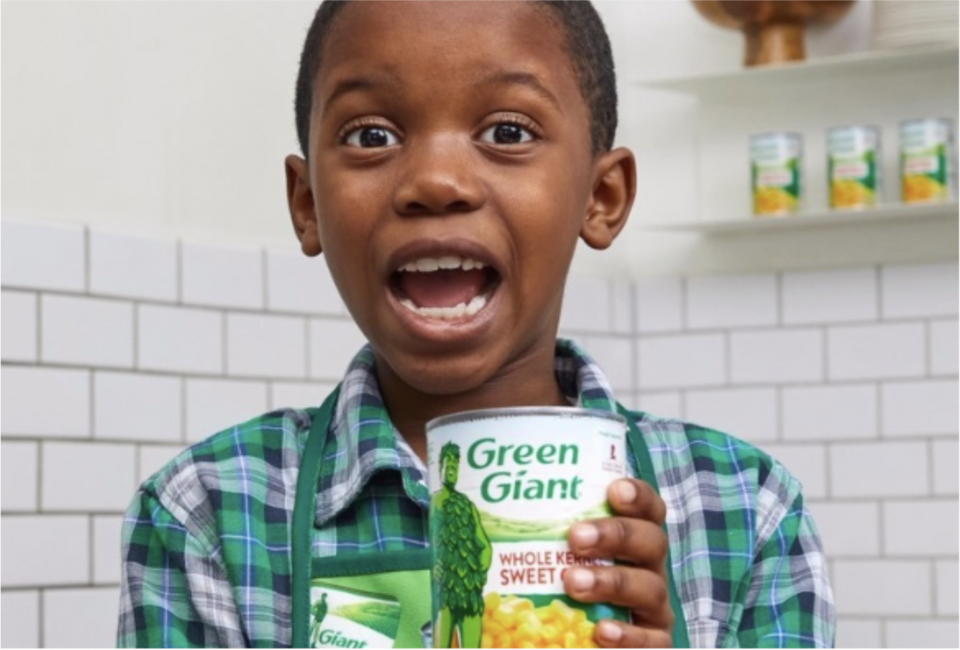 Thanksgiving just wouldn’t be complete without a side of corn.

Viral social media star Tariq aka the “Corn Kid” and Green Giant teamed up to provide 50,000 cans of corn to add to Thanksgiving meal boxes that were being prepped Monday afternoon for those who don’t have food for the upcoming holiday.

In case you haven’t heard of Tariq, he went viral sharing his love for “juicy” corn which he also calls a “big lump with knobs.” And he wants to spread his contagious affection for the vegetable with the masses.

According to Pix 11, trucks headed out from City Harvest yesterday night and continued today to deliver the meal boxes to food pantries and soup kitchens around New York City.

“Corn is a vegetable, and vegetables are good for you,” he said.

Green Giant donated an additional 40,000 cans of other Thanksgiving vegetables that were sent to the locations. City Harvest reported that visits to the food pantries and soup kitchens remain almost 70% above pre-pandemic levels.

Food & Wine reported that along with his donations to a food bank, “Corn Kid” will be spending a week with Green Giant prepping a couple of “corn-tastic” side dishes and making an appearance on the Green Giant float at the Macy’s Thanksgiving Day Parade on Thursday, Nov. 24.

“What is Thanksgiving without corn?” Tariq said in a statement.

“Thanksgiving is practically a holiday about corn. I mean, every day could be a holiday if you get to eat corn at some point—but this is the one day that we get to stay home with family, watch a big parade, and then eat corn. Lots and lots of corn. It’s my favorite day of the year!”

‘Corn Kid’ also collaborated with the company to give away 25 free limited-edition Green Giant aprons that say “I’m a Giant Fan of Corn” on the front, accompanied by a message from him. U.S. residents 18 years and older entered the contest that closed on Monday, Nov. 21.

Winners for the Green Giant giveaway are set to be notified today, Nov. 22.

If you need help finding food this holiday season, you can visit the City Harvest website.