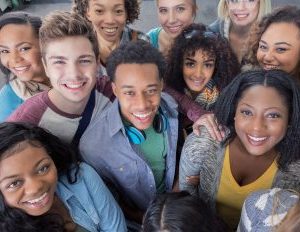 The global outbreak of COVID-19, or the novel coronavirus, has changed the world as we know it with massive effects on the economy and political landscape. More than 700,000 jobs have been lost as a result of the coronavirus due to businesses bleeding money in massive revenue losses. With nearly 17 million American workers filing for unemployment as a result of job loss because of the virus, the youngest generation is also adapting to its grim new reality, with many dealing with school closures that could last for the rest of the year.

According to the Pew Research Center, generations are defined by three characteristics—the age effect, the period effect, and the cohort effect. The age effect refers to differences among people based on their life stage.

“COVID-19 is looking to be the dividing line between Gen Z and the beginning of the next generation,” Jason Dorsey, president of Center for Generational Kinetics told Business Insider. Generations have historically been divided by impactful events. Dorsey went on to explain that these events typically create fear and uncertainty; change how people view the world, the past, and the future; and affect how people take risks and make decisions.

Boomers were defined by the Vietnam War. Gen X, first born in 1965, was the last to remember the Cold War. Millennials were marked by the fallout of the Great Recession. They are now divided from Gen Z, the oldest of who was born in 1997, by the aftermath of 9/11. “Gen Z doesn’t remember 9/11 but millennials do,” Dorsey says. This public health crisis has now marked their generation. College students will not be able to receive stimulus checks and the school closures will have drastic effects on their academic journey.

“As for the generation after them, we don’t know what they’ll look like because they’re so young,” Dorsey said. “But we do know that they will learn about COVID-19 in their history books.”